The History Of The High Five 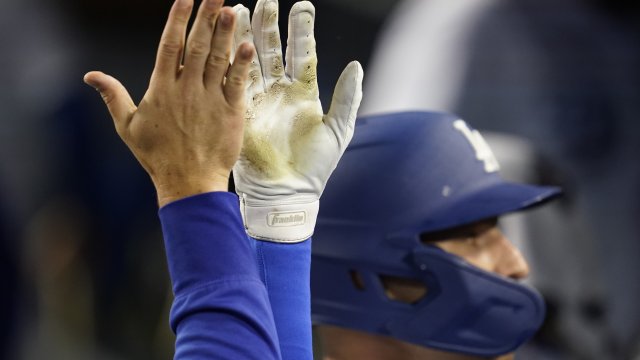 In a moment of celebration, what's your go-to reaction? Maybe a high-five?

You can see the gesture daily in sports around the globe.

So we wanted to find out — why do we high five? And where did it come from?

There are plenty of theories and floated origin stories out there.

But one of those most widely discussed involves the Los Angeles Dodgers.

Outfielder Dusty Baker had just hit his 30th home run of the year.

It marked the first time in baseball history one team had four players hit 30 home runs in the same season.

Rookie Glenn Burke was waiting for Baker to cross the plate to celebrate, when he flung his hands in the air.

It made its way in the Oxford English Dictionary as a verb in 1981.

And in 2002, a group of University of Virginia students used the gesture for charity, giving out high fives.

Today, we call it "National High Five Day".  It's celebrated on the third Thursday of each April.