The Traits That Once Predicted Who Would Be Elected To Congress 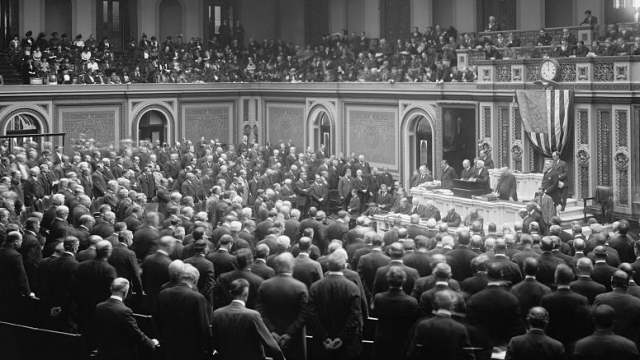 Members of Congress represent us. But are they different from us in some way? Their upbringing, wealth, education. Who are they? Mark Twain had his own, presumably satirical, answer: "There is no distinctly native American criminal class except Congress." More seriously, four scholars at Stanford University and Boston University went in search of an answer with novel research showing members of Congress are different from many of us, in specific ways.

The study, aptly titled "Who Becomes a Member of Congress?," uses de-anonymized census data. De-anonymized is important. Personally identified census data (who you are, where you are) is only released after 72 years, meaning researchers had to work with the 1940 census. They looked at 557 adults and 359 children (in 1940) who would be elected to Congress. The study also includes roughly 45 million other men and women for comparison.

The future members of Congress were almost entirely white men, a pretty common profile at the time they were elected, between the 1940s and 1980s. So what else do we know about who climbed to the top? They grew up in households with average earnings more than twice as large as the rest of the population. Their parents were more than six times more likely to hold college degrees. Future congress members tended to be highly successful in the private sector before entering politics, even compared to non-politicians with the same socioeconomic advantages.

They were higher earners and had higher levels of education than losing candidates. They were higher earners and were more educated than their siblings who did not become politicians — an indication that upbringing alone doesn't tell the whole story. It's true that Congress today is much more diverse in terms of ethnicity and race than it was in the 1940s to 1980s. And the number of women in Congress has dramatically increased. But one thing remains the same: Members of Congress are typically richer than most Americans.

The median member of Congress in 2015 was worth at least $1.1 million, a Quartz analysis found. That was 12 times greater than the median household. This raises questions, beginning with: Why do members of Congress tend to be richer than the general population? Is the financial strain of running for office too great for most people? How many of us can afford to take time away from work to mount a campaign? Then again, are voters more attracted to someone with a proven record of success, meaning richer people just tend to do better at the ballot box?

Given the census data, we can more confidently identify differences between Congress and constituents. Do those differences matter? That's still up for debate.