The Heartland Is The Place To Beat The Heat This Summer 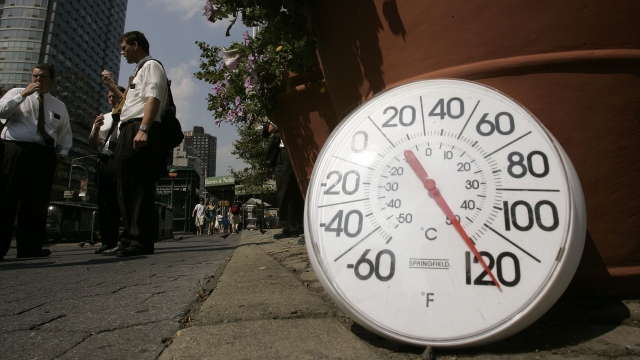 High temperatures in the U.S. have broken records for the past 12 months.

Kansas and Nebraska may not seem like ultimate vacation destinations, but unless you’re cool with sweating every time you go outside, you may want to consider these Plains states when planning your summer getaway.

This summer is going to be a scorcher — at least that’s the word from the National Oceanic and Atmospheric Administration.

According to new models from the Climate Prediction Center, pretty much all of the U.S. will experience hotter than normal weather during the summer months — except for Kansas and Nebraska.

Here’s how to read this map: The darkest colors indicate areas with the greatest odds of a hotter than average summer — not necessarily the locations with the hottest expected temperatures.

There’s not a whole lot of explanation tied to this prediction, but experts say the outlook is "influenced by short-and-long-term ocean and atmospheric trends as well as mid-latitude sea surface temperatures in the Pacific and Atlantic Oceans."

This prediction isn’t all that surprising. We’ve broken record-high temperatures here in the U.S. for the past 12 months and counting.

Remember when New Yorkers were walking around in shorts and T-shirts days before Christmas? The unseasonably warm temperatures were the highest ever recorded for several cities on the East Coast and probably made for some very toasty ugly Christmas sweater parties.

On a broader scale, NASA reported that globally, last month wasn’t just the hottest April on record, it was also the hottest month ever since records began.

For the vast majority of us living in the "orange" zones this summer, it looks like air conditioning and ice-cold drinks will be our saving grace.