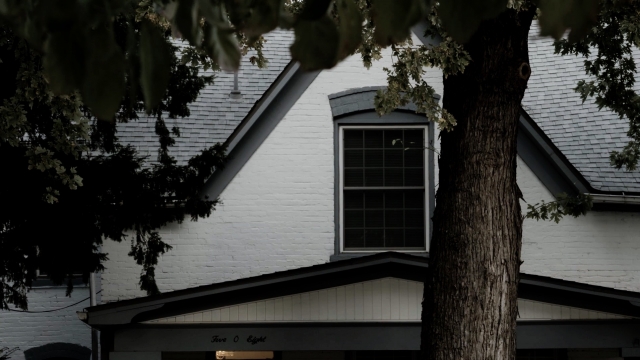 SMS
Haunted America: The Sallie House
By Axel Turcios
By Axel Turcios
October 27, 2021
Some believe a little girl's spirit torments those who visit or dare to live in the home.

It looks like an ordinary small house, but once you step inside, it's spine-chilling.

The Sallie House in Atchison, Kansas, which is about 50 miles north of Kansas City, is said to be haunted.

Andrea Clements is with the Atchison Chamber of Commerce.

"I always get a headache when I’m in the house and a scratchy feeling in the back of my throat," Clements said.

She says the Sallie House haunting grew sinister in 1993 when Tony and Debra Pickman, a young couple, moved into the brick structure with their baby. The haunting started with strange incidents.

Tony would experience the worst. He claimed to feel scratches on his chest or abdomen. He says he was walking by the stairs when he was lifted and pushed by unexplainable forces. Then he knew that it was time for him and his family to move out of the house.

The ominous happenings are said to have started in the 1870s. A doctor was living and working in the house. People in town note that he performed surgeries there.

As the story goes, one day a desperate mother showed up at his door with her sick 6-year-old daughter, named Sallie. The doctor diagnosed her with appendicitis and knew there was no time to delay surgery.

"He started surgery before anesthesia kicked in," Clements said. "The story goes that she then died on the operating table."

Some believe that Sallie's spirit torments those who visit or dare to live in the home.

"Every time we've come, it's gotten progressively more intense, what we feel it's more dangerous," he said.

The investigator believes it's more than the spirit of little Sallie haunting the home.

Buchholz and his group agreed to go with Newsy inside The Sallie House for the very first time in two years to find out if there's any paranormal activity.

Upstairs in the Sallie House, balls and other toys have reportedly moved on their own and mysterious footsteps have been heard at night. But meanwhile, we could hear activity on the first floor below us.

A so-called spirit box started picking up ghostly sounds upstairs. Paranormal investigators use this gadget to catch — as they claim — voices from the dead.

Despite all this, some researchers argue that a girl named Sallie never lived in this town. But once the lights go out and the doors shut, what really goes on inside the house still remains a mystery. 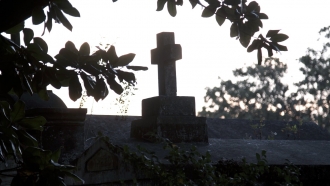 Haunted America: The Ghosts of Gettysburg