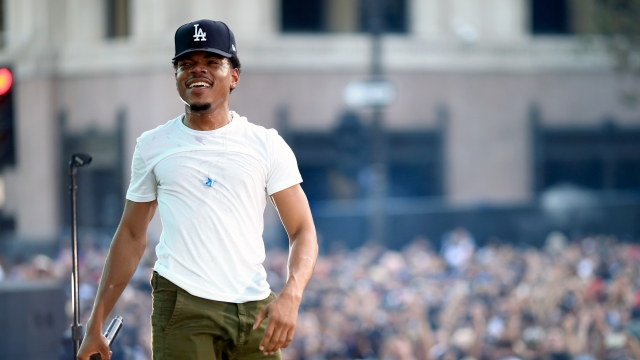 SMS
The Grammys' Rule Change Is A BFD For Chance The Rapper
By Jamal Andress
By Jamal Andress
June 16, 2016
The calls to make Grammy rule change have been pretty loud this year, but no one has campaigned louder than one indie South Side Chicago rap artist.
SHOW TRANSCRIPT

On Thursday, the Recording Academy announced some serious changes to its rules. Chief among them: Albums released solely through streaming services are now Grammy-eligible.

It's a change that was bound to happen. Academy VP Bill Freimuth said, "[The rule change] has been on our radar for a couple of years now."

But the calls to make this change have been significantly louder this year, and no one has campaigned more than one independent South Side Chicago rap artist.

"We do have to think about being inclusive in terms of artists who don't necessarily have a label attached to them or don't want to release music commercially because that doesn't have anything to do with artistic excellence," Chance the Rapper said to Zane Lowe.

Along with campaigning for the change during interviews, Chance also publicly signed a Change.org petition calling for this rule change just last month.

Chance the Rapper has made it a point to release his music for free. His two previous solo projects, "10 Day" and "Acid Rap," were both released on his SoundCloud account.

His latest project, "Coloring Book," is the first streaming-exclusive album to debut in the top 10 of the Billboard 200 albums chart. But prior to this change, it wouldn't have been eligible for Grammy consideration.

In response to the news, Chance tweeted, "The victory this morning isn't about me, it's about all the SoundCloud albums that may now be recognized for excellence."