The Golden State Warriors Are Headed To The NBA Finals 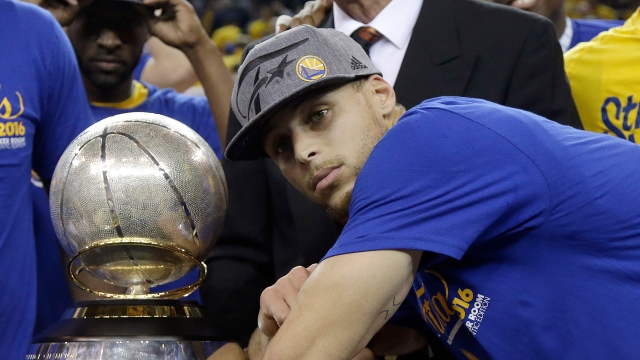 It was improbable but definitely not impossible: The Golden State Warriors became the 10th team in NBA history to come back from a 3-1 deficit to win a postseason series.

"It's [a] pretty remarkable comeback. It shows, I think, a lot about our guys and their will, their grit," Warriors head coach Steve Kerr said.

"We've put ourselves in a great position to realize another goal and gotta get it done," Curry said.

It's a huge win for the best team the NBA has seen since the 1996 Chicago Bulls. Anything but a trip to the championship would've been seen as a major disappointment.

As for the Thunder, they now head into a dubious offseason. Forward Kevin Durant will become a free agent, and there have been no definitive signs he'll be heading back to OKC.

Curry and the rest of the defending champs will now take on LeBron James and the Cleveland Cavaliers in a rematch of last year's NBA Finals.

With a healthy Kyrie Irving for the Cavs, it makes for one of the most anticipated matchups in recent NBA playoff history.

"LeBron, I know your numbers. I know you don't want to come to Oakland, but we are waiting for you, LeBron. Nobody's hurt. No excuses. LeBron, you're good, but you're No. 2, buddy," one Warriors fan told news outlet KRON.

The Warriors are 2-0 against the Cavaliers this year and 56-51 against them as a franchise.

Game 1 of the Warriors-Cavs series tips off Thursday.

This video includes a clip from The Oklahoman and images from Getty Images. Music provided courtesy of APM Music.