Study: Men Are Promoted More Often Than Women Early In Their Careers 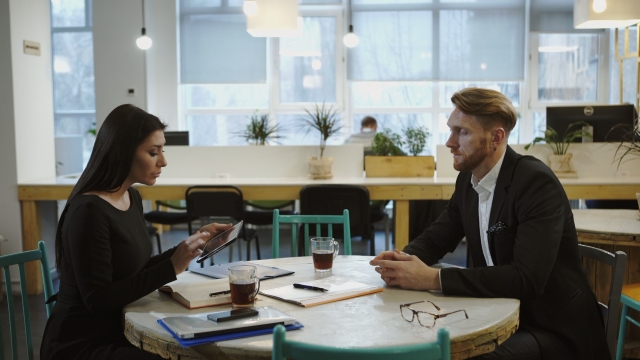 SMS
Study: Men Are Promoted More Often Than Women Early In Their Careers
By Cat Sandoval
By Cat Sandoval
November 21, 2019
A study found that for every 100 men promoted in their first managerial job, only 75 of women were.
SHOW TRANSCRIPT

In the U.S. and across all markets, very few women hold top executive leadership positions. And one of the reasons is what Fortune calls the "first promotion gender gap." Men and women enter the workforce in roughly equal numbers. But when it comes to that first promotion to a managerial position, women lag behind men.

Rachel Thomas, CEO and co-founder of LeanIn: "Conventional wisdom has been, 'there's a glass ceiling that women hit later in their career' — this invisible barrier they can't get beyond. Let me be clear: There is a glass ceiling. But what we see is the real problem is far earlier in the ladder to leadership is that first step up to manager. … That means there are fewer women to hire and promote up to director level, up to VP level, and on and on up the corporate ladder."

A five year study by Lean In and McKinsey & Company found that for every 100 men who were promoted or hired for their first management position, only 72 women were. It's worse for women of color — only 68 Latina women and 58 black women were promoted. The study says if women were promoted at the same rate as men, one million more women could be added to management over the next five years. Rachel Thomas calls it the "broken rung."

Thomas: "You've got to fix that broken rung at the first step up to manager so more women are available at every level, to be promoted and to be hired into that next level up." 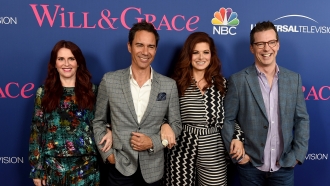 The LeanIn study also says men and women enter the workplace equally, but by the time they get to the c-suite, women represent just 22% of chief executives and men make up 78%. Bias, unconscious or not, plays a part.

Thomas: "We know that we tend to overestimate men's performance slightly and slightly underestimate women's performance. And as a result, men are often hired based on potential. And women are more likely hired based on what they've already accomplished... Entry-level candidates are early in their career, they don't have a big track record. So men are more likely to get that potential edge and women are going to hired and be promoted based on what they've accomplished. Men have an advantage  and we see that in the numbers."

Ursula Mead runs InHerSight, a platform that rates companies based on anonymous women's reviews. Mead's data shows women tend to become more pessimistic about their opportunities the longer they're in the workforce.

Mead: "The optimism that we see them initially set out with really plummets. And as a result, so does their satisfaction with their access to advancement opportunities. … About 43% of career women, when they're early in their career, feel very satisfied with their advancement opportunities. By the time they reach the senior level, that number basically gets cut in half."

The "first promotion gap" doesn't just affect the morale of women in the workplace. It can also negatively affect businesses. Diversity in companies increases creativity and innovation, and it can also lead to better financial performance and higher profits at venture capital firms. Amy Lebold is the head of HR at marketing and tech company NextRoll.

Lebold: "We have seen diversity being good for our business at NextRoll… All the voices in a room are heard so that we get the best ideas. … Another big way that we've seen… being able to open up the talent acquisition, the candidate pool."

The company participated in the LeanIn study. From 2016 to 2019, it boosted the proportion of women in senior management roles by 13%. The company says it was transparent about its diversity goals and progress with employees — which Lebold says has helped it address the first promotion gap. 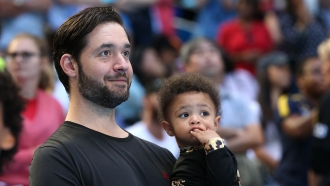 Lebold: "We, every promotion cycle, now share the gender split between promotions that men receive versus women in the overall population. And we do that proactively because we know when we weren't doing it, that we were being asked. Once folks are aware that this is a metric that businesses should focus on and care about, and we have an extremely engaged … employee population. "

The Lean In study recommends that companies be transparent about diversity goals, train evaluators on unconscious bias, and set clear evaluation criteria with rating scales rather than open-ended ones. Advancement opportunities for women can also attract and retain female candidates. Companies that did so, were rated highly by InHerSights reviews.

Mead: "Women are actively looking for companies that will support their ability to advance. So this is a really great way for those companies to get noticed and if they want to invest in recruiting top female talent, they should really be investing in making sure that that broken first rung gets repaired."