The Future Of Wind Farms Could Hinge On Owl Wings 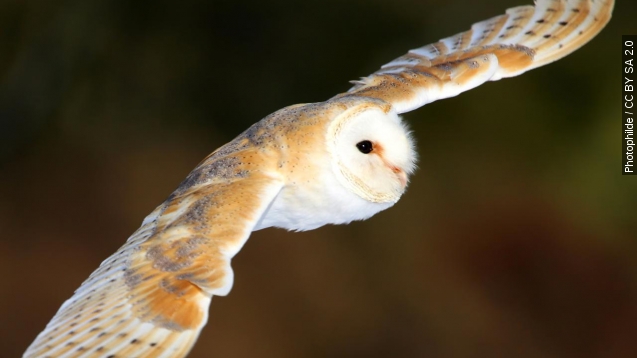 One of the primary complaints from opponents of wind power is the noise turbines produce. (Video via Youtube / Dani McGriffith)

Another complaint is they kill birds, although researchers say they're probably responsible for a tiny fraction of the bird deaths existing cell towers and cats cause.

But there's reason to believe birds could hold the key to solving wind power's problems. Well, one type of bird in particular. (Video via Cornell Lab of Ornithology)

With a rig of highly sensitive microphones, the BBC, in its "Unexpected Wilderness," demonstrated just how quiet owls can be compared to other birds. (Video via BBC)

Lead researcher Nigel Peake explains, "The structure of an owl's wing serves to reduce noise by smoothing the passage of air as it passes over the wing — scattering the sound so their prey can't hear them coming."

The researchers said their final design could reduce wind turbine noise by 10 decibels, which would bring the average noise produced down to 30 decibels at 300 meters — the closest wind turbines usually get to residential areas. That's basically imperceptible. (Video via Campbell Associates)

Even more promising, the researchers found using patterning that resembled wedding-veil material reduced noise by 30 decibels, although they say that material isn't suitable for turbine design. (Video via Percy Handmade)

And while there isn't peer-reviewed evidence that the noise wind farms produce is substantially louder than, well, the wind itself, it has been a sticking point for opponents, something quieter turbines could brush aside. (Video via PBS)

This video includes an image from Theshelfs / CC BY 3.0.