The 'Full House' Reboot Should Make Fun Of Itself 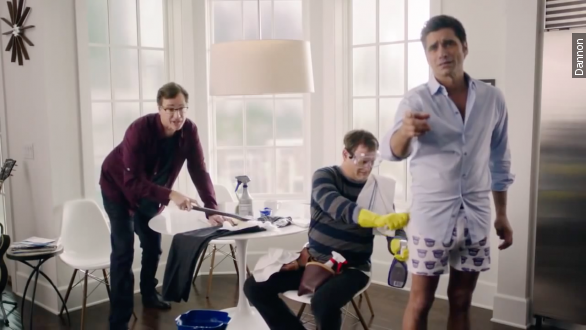 SMS
The 'Full House' Reboot Should Make Fun Of Itself

By Nathan Byrne
April 29, 2015
What if Netflix's brilliant idea/evil plan is to have the "Full House" actors parody their real-life counterparts?
SHOW TRANSCRIPT

Whatever happened to predictability?

Netflix happened. And it's "Everywhere you look."

Exhibit A — the headlines:

Netflix, Full House, and the Temptations of Nostalgia

With series such as "Unbreakable Kimmy Schmidt," "BoJack Horseman" and "Arrested Development," Netflix is every-freaking-where.

But how does a "Full House" reboot fit into Netflix's game-changing game plan?

You've seen these headlines, too:

"Netflix Is Betting Its Future on Exclusive Programming"

What's more "Netflix" than a show parodying itself and its cast?

What if the actors played the characters playing the actors?

And featuring Mary Kate and Ashley Olsen as, well, the Olsen Twins?