The Founding Father Of Singapore, Lee Kuan Yew, Dies At 91 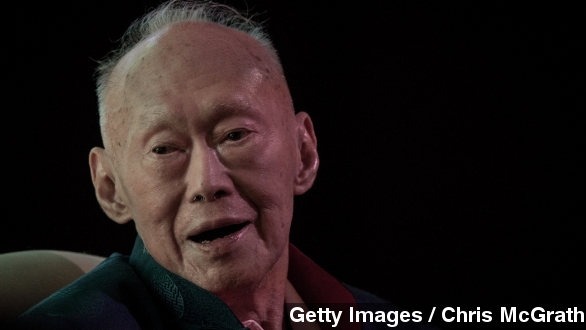 Singapore's founding father has died at 91.

Lee founded the People's Action Party in 1954, which led to separation from the British empire and then from the Malayan federation. In 1965, it became a fully independent city-state.

"What we must try to create in Southeast Asia is a community that is economically and socially conscious," Lee said on NBC's "Meet the Press."

Lee oversaw a boom in wealth and economic importance from Singapore in the last half of the 20th century.

Today, Lee's son, Lee Hsien Loong, serves as prime minister. He announced the news of his father's death in a statement.