The First Cases Of Locally Transmitted Zika Are Confirmed In Florida 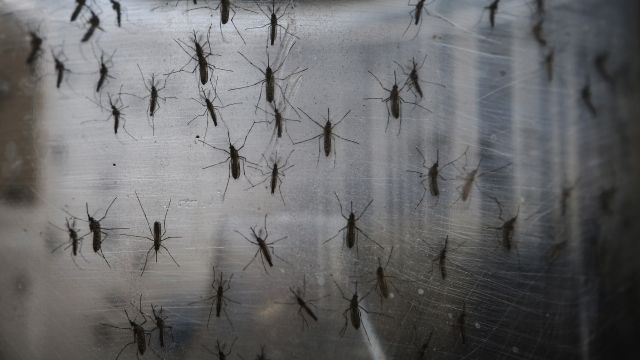 At least four people in southeastern Florida have been infected with the Zika virus from local mosquitoes.

These are the first known cases in which the virus was transmitted from infected mosquitoes within the continental U.S.

Florida Gov. Rick Scott said none of those infected exhibited symptoms so far. He emphasized the area where the transmissions happened is only about a square mile.

Scott says testing for the virus in the area began about two weeks ago. So far, no mosquito traps have tested positive.

But the Florida Department of Health is still screening people because many of those who have Zika show very mild symptoms, if any at all.

The Food and Drug Administration has asked blood shelters in two Florida counties to temporarily stop collecting blood to prevent further spread of the disease.

The Zika virus has spread rapidly worldwide. In the U.S. alone, over 1,600 cases have been reported since January of last year.

This video includes clips from BBC, TVNBR and ABC and images from Getty Images. Music provided courtesy of APM Music.