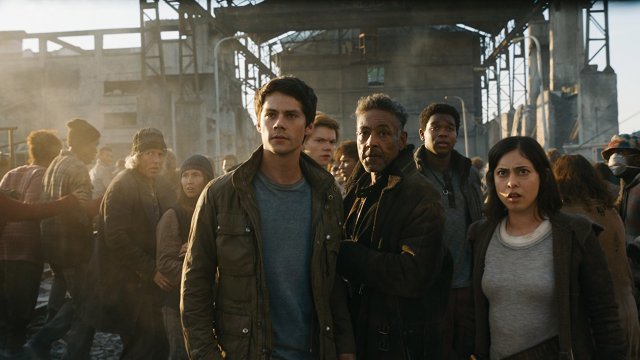 SMS
The Final 'Maze Runner' Signals The End Of This Major Hollywood Trend
By Jamal Andress
By Jamal Andress
January 28, 2018
Since 2012, there have been three film series and at least a dozen movies that all fell into this very specific movie genre.
SHOW TRANSCRIPT

It seems like just yesterday our young hero Thomas came out of that elevator only to discover he was trapped at the Capitol with President Snow for being born Divergent. Now he's got to volunteer as tribute one last time to find the death cure. Or something like that.

Taking the No. 1 spot in its debut weekend is "Maze Runner: The Death Cure," bringing in an estimated $23.5 million in its first week out. Combine that with its worldwide ticket sales and you get a first-week total of nearly $106 million.

"Maze Runner: The Death Cure" might be the last in a dying breed of young adult dystopian novels-turned-feature-film-trilogies.

Since March 2012, when the first "Hunger Games" movie was released, there have been three separate series and at least a dozen films that all fell into this category. 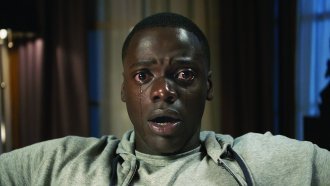 And like with any movie trend, there were major successes and extraordinary failures. But the final "Maze Runner" entry in this genre seems to close the book on this film fad — at least for the time being.

Finally dropping out of first place this week is "Jumanji: Welcome to the Jungle," bringing in an estimated $16 million in its fourth week in out. That puts the extremely successful sequel well past the $800 million mark worldwide and makes it one of Sony Pictures' best-performing films of all time, right behind your friendly neighborhood Spider-Man and 007.

Taking the No. 3 spot this week is Christian Bale's mustache and the movie that comes with it. "Hostiles" brought in an estimated $10 million in its first week of wide release. This period Western hit theaters in a limited release back in December but just expanded across the country this weekend.

While this film managed some critical praise, it's been completely passed over this awards season, with some calling its shutout from the Oscars a snub.

As for next week, remember, studio bigwigs: There's no better backdrop for a horror movie than a young child singing old love songs.