This Year Marks The Fifth Anniversary Of Hurricanes Maria And Irma 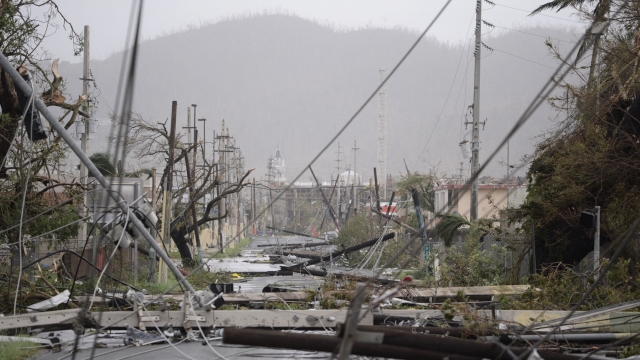 SMS
This Year Marks The Fifth Anniversary Of Hurricanes Maria And Irma
By Newsy Staff
By Newsy Staff
September 20, 2022
Five years on, Puerto Rico and the U.S. Virgin Islands are still rebuilding and repairing after hurricanes Irma and Maria.

This month marks five years since hurricanes Irma and Maria tore through the U.S. Virgin Islands and Puerto Rico.

Both Irma and Maria were Category 5 hurricanes that made their way through the regions within two weeks of each other, killing dozens of people by the official count — although many experts believe the actual tally was far greater. The hurricanes also caused billions of dollars in damage to both those island regions.

In the U.S. Virgin Islands in particular, according to the Federal Emergency Management Agency, Maria damaged or destroyed 70% of the buildings on St. Croix, the region's largest island. The hurricanes tore through a lot of the island's infrastructure, including schools and the island's only hospital. The power and communications networks in most of the USVI went down, with 80% to 90% of transmission and distribution systems destroyed. It was damage that would take months to repair and restore.

That's a daunting task for any region, but especially so for one that's as small and isolated as the USVI.

Bryan spoke with Newsy about the challenges and successes in their recovery, and where there is still work to be done.

While acknowledging the intense damage, Bryan said the recovery efforts offer new hope for rebuilding in a way that better prepares the homes and the power grid in the area for future hurricanes or similar natural disasters.

"But what we're seeing is better building codes produce more resilient buildings. And then we're having an opportunity through this storm. We built our our power grid three times in the last 30 years, completely. This time, we're undergrounding more than 50% of the grid. You have some opportunities for renewables. That's going to make every Virgin Islander a little more energy independent. And we're just seeing a way now to because the most debilitating factor in our economy is the price of power," said Bryan. 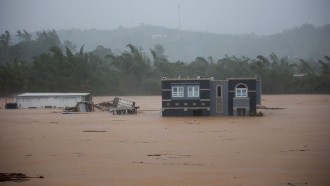 The price of power is no joke. The USVI has some of the highest electricity rates in the U.S. and the world.

According to the U.S. Energy Information Administration, midway through 2021, the average price of electricity paid by U.S. Virgin Island residents was about 43 cents per kilowatt hour. To compare, the average for the U.S. was about 14 cents for that same time period.

Now, that pricing is in part because of petroleum fuel surcharges. The island relies heavily on imported fossil fuels to power its grid. But in rebuilding since the hurricanes, Gov. Bryan says the goal is to rely more on renewables like wind and solar energy.

"So we depend a lot on the tropical wind making that power shift, the things that we're able to do, adding new generators to the plant, creating a microgrid, adding a whole lot of solar power will allow us to get our power built a little bit closer to what normal Americans or mainland Americans [experience]. And that alone is going to just strengthen our families so much and, of course, create some resounding effects in our economy," he said.

Bryan also mentioned the caveat of climate change. Its growing effects could complicate life on the Virgin Islands further and increase hardships for its residents. Many of those residents are still coming to terms with the toll of Irma and Maria — not just in the physical aspects of their lives, but also in the mental aspects.

"I think when you see in the Virgin Islands, we look at the mental health wholeness that's in our faces, the people on the street, whether drug addiction, alcohol, they're self-medicating themselves. But the real problem is a deeper problem, a deep seated problem, where as people of color, we don't like to talk about our mental health. And we if there's such a stigma around it, we've come a long way it with that. But we have a lot to go," said Bryan.

While the USVI's rebuilding efforts have seen relative success, many areas of Puerto Rico are still struggling to recover from the massive devastation the hurricanes brought five years ago.

Puerto Rico is not only a much larger territory, but it is also governed in a different way. It has 78 mayors through whom relief efforts and money needed to be individually funneled and utilized, while the USVI has a unitary executive branch. That means there are no mayors, and governors hold those responsibilities.

Puerto Rico's power grid also runs mainly on fossil fuels, but its recovery has not been on par with the USVI. And the company that currently controls its power grid has a problematic record. Newsy has previously reported on the damage from Maria and Irma in Puerto Rico as part of our documentary series, "In Real Life." We investigated the region's continuing power failures and how a private sector monopoly over the grid could be what's keeping Puerto Ricans in the dark.