The Feds Lost Some Anthrax. Surprised? Don't Be. 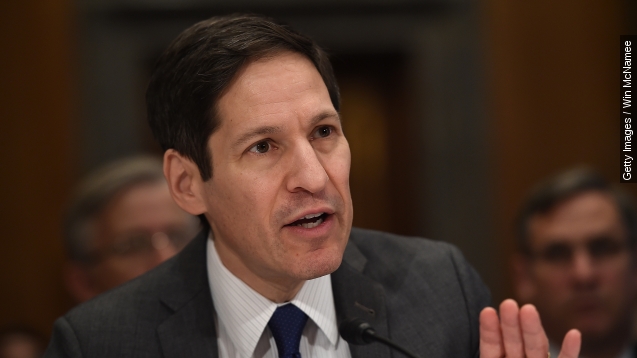 SMS
The Feds Lost Some Anthrax. Surprised? Don't Be.
By Ben Levin
By Ben Levin
May 29, 2015
If you're surprised that the U.S. government accidentally sent live anthrax to labs, don't be: It has a history of mishandling bioweapons.
SHOW TRANSCRIPT

Anthrax spores are one of the most deadly bioweapons in the world, and the bacteria is tightly controlled by the U.S. and other foreign governments.

But there's a problem: Our government keeps mishandling them, and it's kind of terrifying.

This time, it was a Defense Department lab in Utah that accidentally shipped live spores to nine U.S. states and military bases in South Korea and Australia.

"The question now: How could this have happened?" one CNN reporter asked.

The shipment — which hasn't yet led to any illnesses or death — is the latest embarrassment for government scientists who don't seem able to keep a potent biological weapon totally under control.

After all, it was just last year that up to 75 U.S. scientists were accidentally exposed to the live bacteria after storing it in open refrigerators.

The CDC said it wasn't sure why its scientists had been exposed to anthrax in the 2014 scare.

“The question: Why were critical safety protocols violated in a high-security lab?" asked NBC's Tom Costello.

“Was this human error or system failure?" asked Vicente Arenas on CBS.

“We don’t know that yet, and those are the questions we will be asking." CDC Deputy Director Ileana Arias said.

And let's not forget that time the Centers for Disease Control and Prevention found vials of smallpox in an old warehouse. Perhaps the most deadly virus in world history had been stored, and then forgotten, for decades. (Video via ABC)

Together, the incidents amount to what CDC director Tom Frieden called a "pattern" — a pattern that led to a Government Accountability Office report on why so many deadly pathogens were being mishandled.

Their first finding? The number of government labs handling dangerous bioagents has skyrocketed in recent years. Today, there are 1,500 labs capable of handling materials like anthrax.

Second, the growth in labs was not matched by a growth in regulatory capacity, meaning many of these new labs were self-regulating, not subject to outside safety inspections. The result? Well, check the headlines. (Video via American Society for Microbiology)

Basically, the accountability office thinks the government needs either fewer labs or more regulators — and until one of those happens, it's unlikely these mistakes will become a thing of the past.