The Feds Are Fed Up With Your Sugar Intake 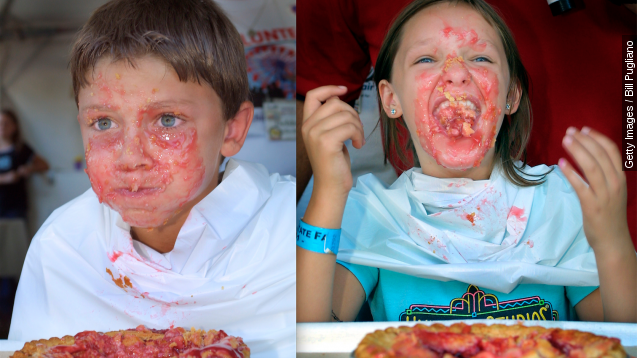 SMS
The Feds Are Fed Up With Your Sugar Intake
By Cody LaGrow
By Cody LaGrow
January 7, 2016
The government released new dietary guidelines that aim to cut the average American's sugar intake in half.
SHOW TRANSCRIPT

New year, new you, right? Well, if you're struggling to turn your bulge into brawn, the government is weighing in with diet tips.

The Obama administration released new dietary guidelines — something done every five years — and they want you to lay off the sugar, sugar.

The feds are fed up with how much of the sweet stuff is going down our gullets, which for the average American is about 22 teaspoons a day. The new guidelines say Americans should consume no more than 10 teaspoons daily.

And after reports suggested that red meat may cause cancer, the new guidelines do not reflect the sentiment that red meat is risky business.

Rather, the government suggests eating a variety of protein foods, including lean meats, eggs, beans, soy, nuts and seeds.

And, no shocker here — the guidelines recommend eating more fruits and veggies, slashing the soda, and selecting low- or no-fat dairy options.

Now, go shake it out with your new cold-pressed juice in hand. You know you want to be as healthy as this stock-footage model.