The Federal Government Has Partially Shut Down 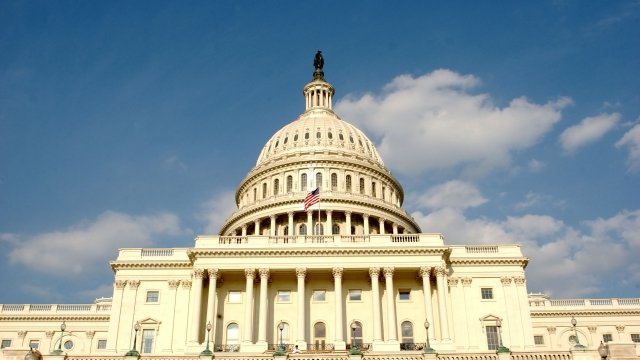 SMS
The Federal Government Has Partially Shut Down

At the stroke of midnight heading into Saturday morning, the government partially shut down.

Congress was unable to come to an agreement to keep the government open, with the main sticking point being President Donald Trump's demand for border wall funding.

Trump wanted $5 billion for the wall. While the House passed a budget that included money for the wall, the Senate was unable to come to an agreement. That's because the Senate bill required 60 votes to pass, meaning at least nine Democrats or Independents would have needed to support it.

Trump has repeatedly spoken out against that rule. He called on Senate Majority Leader Mitch McConnell to invoke the so-called "nuclear option" to force the House's bill through with a simple majority. But that move didn't have support in the Senate.

So funding for multiple departments ran out at midnight, including the Departments of Agriculture, Justice, Interior, State and Homeland Security. More than 420,000 federal employees will still have to come into work, they just won't be paid for now. And it could go through the rest of the year.

Trump is holding firm that he won't sign a budget bill without border wall funding, saying on Twitter this shutdown "will last a very long time."