The Fed Is Leaving The Federal Funds Rate At Historic Lows 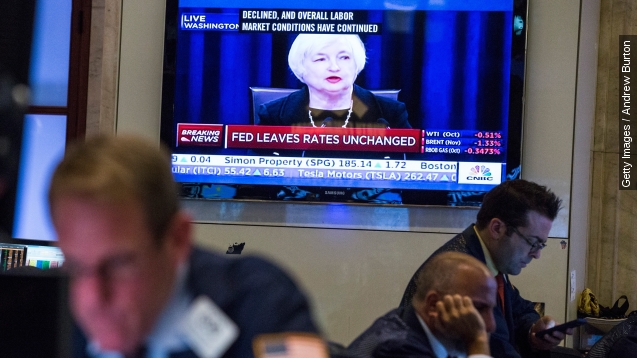 The Federal Reserve is leaving the federal funds rate unchanged for now.

Since July (the last time the committee met), household spending has increased moderately.

So has business fixed investment. (Like a company's computer purchases.)

The housing sector has improved, but "net exports have been soft."

Unemployment is still declining, and the labor market is still improving.

But inflation still isn't an issue thanks, in part, to declines in non-energy imports and energy prices.

"Most participants continue to expect the economic conditions will make it appropriate to raise the target range for the federal funds rate later this year," said Janet Yellen, Chair of the Board of Governors of the Federal Reserve System.