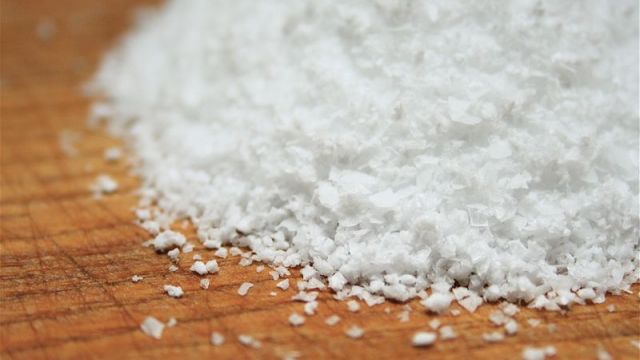 Federal health officials are starting to put pressure on food manufacturers and restaurants in an effort to keep you healthy.

Chances are your diet is super salty. But you may be able to pass off some of the blame.

The Food and Drug Administration proposed new guidelines Wednesday targeting the source of your sodium overload: the food industry.

A spokeswoman with Health and Human Services said: "Many Americans want to reduce sodium in their diets, but that’s hard to do when much of it is in everyday products we buy in stores and restaurants. Today’s announcement is about putting power back in the hands of consumers."

The average American adult takes in about 3,400 milligrams of sodium per day — that’s about one-and-a-half teaspoons worth of salt. The new guidelines aim to reduce that number to 2,300 milligrams per day.

While there's been some debate about how much salt is too much, the FDA says a reduction in sodium intake could result in "tens of thousands fewer cases of heart disease and stroke each year, as well as billions of dollars in health care savings over time."

The new guidelines — which have been years in the making — are voluntary and call for a very gradual implementation, so you probably won't even notice if your food starts to taste different.

The FDA points to salt-reduction initiatives that are working in dozens of other countries worldwide and where health benefits have been noted.

And initiatives here in the U.S. are already underway. The FDA reports more than 25 companies pledged to reduce sodium content in products as part of the National Salt Reduction Initiative.