The FCC Plans To Roll Back Net Neutrality Rules 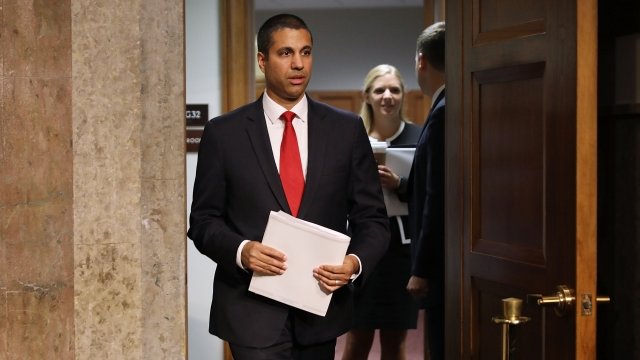 The proposed plan would remove strict government oversight and simply require ISPs to inform the public about their practices. But critics say the plan would give ISPs control over what their consumers can and can't see, and for what price.

Robots May Have Answered The FCC's Call For Net Neutrality Comments

A proposal to roll back Obama-era regulations attracted hundreds of thousands of comments — not all of them legitimate.

The announcement split the tech world. Companies, like Verizon, welcomed the change, while others, like Google, expressed disappointment.

But net neutrality isn't dead yet. While the changes are expected to pass a final Dec. 14 vote, neutrality supporters could take the FCC to court to keep current regulations.