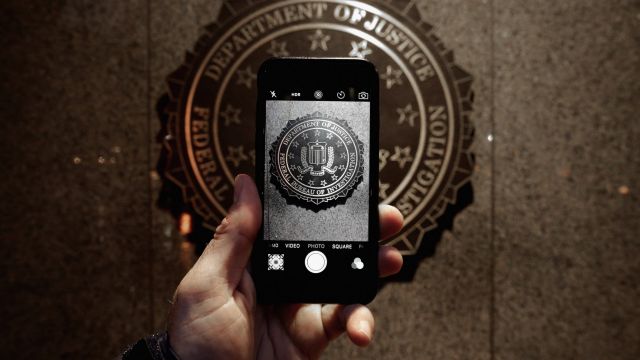 The Justice Department requested to postpone a hearing against Apple as it tries out a "possible method" to gain access to data on killer's iPhone.

The fight between Apple and the FBI may resolve itself completely.

The U.S. Justice Department was set to take on Apple in a court hearing Tuesday in an effort to gain access to data on the iPhone of one of the San Bernardino shooters.

On Monday, the U.S. Justice Department did a 180. It asked for a postponement, claiming that an "outside party" showed the FBI a "possible method" that could do the trick.

According to the filing: "Testing is required to determine whether it is a viable method that will not compromise data on Farook's iPhone. If the method is viable, it should eliminate the need for the assistance from Apple Inc."

Prior to this announcement, FBI Director James Comey said his agents exhausted all options to break into the phone. So far, there's no word on who this mysterious "outside party" might be.

Apple is standing firm in its refusal to help the FBI. The same day the U.S. Justice Department filed this postponement, Apple CEO Tim Cook addressed the issue again at a product launch.

"We did not expect to be in this position, at odds with our own government, but we believe strongly that we have a responsibility to help you protect your data," Cook said.

The department now has until April 5 to decide how to proceed with Apple.