The Fastest Supercomputer: Just What The President Ordered 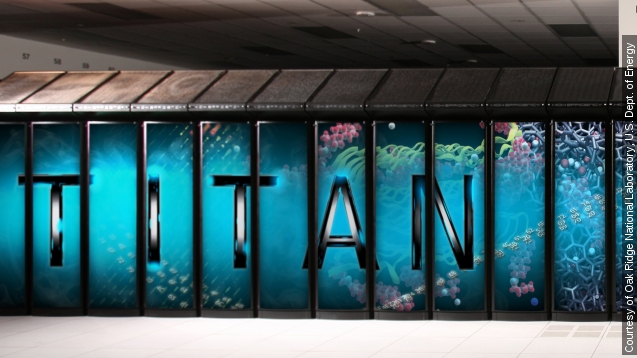 SMS
The Fastest Supercomputer: Just What The President Ordered
By Evan Thomas
By Evan Thomas
July 30, 2015
The president's executive order calls for the fastest computer ever, the latest official progress in nearly a decade of U.S. supercomputer study.
SHOW TRANSCRIPT

By executive order, the U.S. will now build the world's fastest computer. (Video via The White House)

Wednesday, President Obama established the National Strategic Computing Initiative, whose goal is the development of a 1-exaflop computer within the next decade.

Flops, or floating point operations per second, measure a computer's calculation speed. These days, high-end home computers can clock in at hundreds of gigaflops. An exaflop is some 10 million times faster. (Video via PC Gamer)

China's Tianhe-2 supercomputer — currently the fastest on the planet — can perform at 33.86 petaflops. An exaflop computer would be nearly 30 times more powerful. (Video via CCTV News)

The goal isn't just an abstract race to more flops, "but also the ability, for example, to efficiently manipulate vast and rapidly increasing quantities of both numerical and non-numerical data."

Such a computer could open the door to advances in medicine, technology and science, and help the U.S. keep its research edge. (Video via NOAA)

The order is the latest official step in a nearly decadelong trend.

In 2008, U.S. Department of Defense agency DARPA investigated what it would take to run exascale computers.

And the Department of Energy was calling for 1 to 10 exaflop systems in 2014.

As it turns out, one of the biggest obstacles right now is power. You could technically run today's supercomputer hardware at exaflop scale, but the machine would require its own nuclear reactor.

Currently there are no costs or timeline given for an exaflop computer's development, but don't expect it to come cheap. The Department of Education's report last year called for a $3 billion budget over 10 years.