The Fallout Of Fallujah: Aid Groups Are Running Out Of Resources 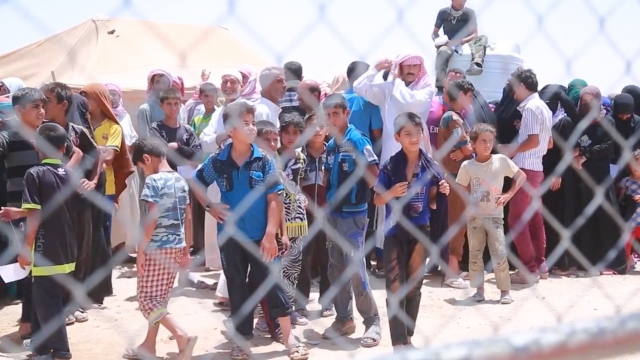 SMS
The Fallout Of Fallujah: Aid Groups Are Running Out Of Resources
By Melissa Prax
By Melissa Prax
June 19, 2016
The United Nations has warned that the evacuations from the Iraqi city of Fallujah could become a humanitarian crisis.
SHOW TRANSCRIPT

"We are thirsty and have not eaten anything. We are seeking safety and stability," a displaced Iraqi resident said.

The United Nations says 80,000 civilians have left the Iraqi city of Fallujah as the country's U.S.-backed forces are ramping up efforts to take back the ISIS stronghold.

Now, the humanitarian group is warning that 25,000 more people could be evacuating, leading to a possible "humanitarian disaster."

But the influx of people is straining aid groups like the U.N. and the Norwegian Refugee Council.

"Currently, our resources are being depleted. ... We need money to provide them with clean water, with mattresses, with cook sets," Norwegian Refugee Council's emergency coordinator Diana Tonea said.

Besides necessities, space in the camps is also limited.

Iraqi forces have been confident in their efforts to reclaim the city, but the fight isn't over just yet.