Scientists Are Fighting Over Whether We Should Contact Aliens 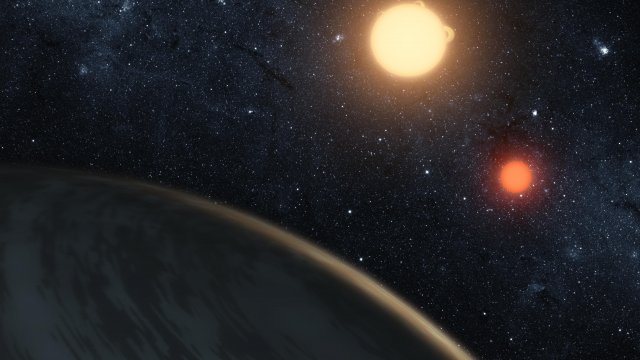 Today, scientists around the world are trying to phone, well, whatever's out there — and fighting over whether it could spell our doom.

Nearly seven in 10 Americans think there's intelligent life out there. Will they be cute and sweet like "E.T."? Or ruthless like the "Independence Day" creatures in giant spaceships blowing us to smithereens?

It's not just theoretical. It's a giant debate raging in the scientific community. Stephen Hawking, the renowned astrophysicist, fell into the "Independence Day" camp, warning: "Such advanced aliens would perhaps become nomads, looking to conquer and colonize whatever planets they could reach. Who knows what the limits would be?"

Americans are willing to give aliens' intentions the benefit of a doubt, according to one poll. Only 9% are sure aliens would be hostile; 25% think they'd be friendly; 66% aren't sure.

When it comes to the experts, the lines have been more starkly drawn. One group thinks we should do no more than use the latest technology to keep a close eye on the heavens and listen for telltale signals. Just to be on the safe side, they don't want to tip off any cosmic beings about our existence by intentionally sending out transmissions. If we did make contact, they could pay us a visit and turn out to have more of a "predator" than "howdy partner" disposition. The other faction wants to broadcast messages into space loud and proud, attracting the attention of aliens and then communicating with them.

Will they be friendly? This group is willing to risk it. Here's another critical, societal question: How would people react to hearing that intelligent aliens have been contacted? Would they be terrified? Curious? Indifferent? Would it impact our religious beliefs? With more than 200 billion galaxies swirling around, many with billions more years of history than ours, it's a question we could face one day. Then again, there's the Fermi Paradox, named after Enrico Fermi, who won the Nobel Prize for physics in 1938.

The story goes that he and colleagues were discussing the existence of alien life over lunch one day, and he simply asked: "Where is everybody?"

In other words, if there's somebody out there, why haven’t we heard from them? Nobody could answer.

And we still don't know — yet.