The FAA's Drone Registry Will Make Your Address Public 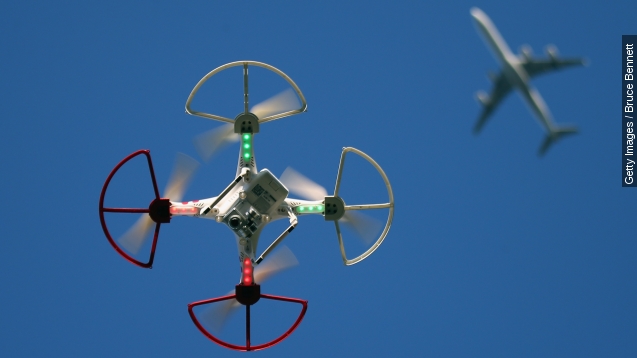 SMS
The FAA's Drone Registry Will Make Your Address Public
By Evan Thomas
By Evan Thomas
December 19, 2015
If you don't register, you face steep civil and criminal penalties.
SHOW TRANSCRIPT

Registration is coming: The FAA will require drone owners to put their names on a national registry by Feb. 19. (Video via YouTube / Reidion Fireheart)

And according to a recent email from FAA representatives, the registration database — which includes names and addresses — will be publicly searchable.

This has greater privacy implications than what's listed right now on the FAA's website. Its FAQ states the FAA, the site contractor that runs the registry and occasionally law enforcement will have access.

The usefulness and perhaps even the need for the close tracking of drones is apparent: Close calls between drones and manned aircraft quadrupled by mid-year in 2015.

But a public database is a big step. Motor vehicle registries don't expose sensitive information to the public. Firearms don't even have a registry.

As such, hobbyists hope to stop the drone registry before it ever gets off the ground. The Academy of Model Aeronautics said Friday it intends to explore "legal and political" methods to prevent registration and encourages its members to wait to register until it makes some progress against the FAA. (Video via YouTube / Matt Wilkie)

Let the pilot beware, though: If you don't register your drone by the February deadline, you'll face steep fines. The FAA lists civil penalties up to $27,500 and criminal penalties up to $250,000. (Video via Falco Films / Steeves Fons / CC BY 3.0)