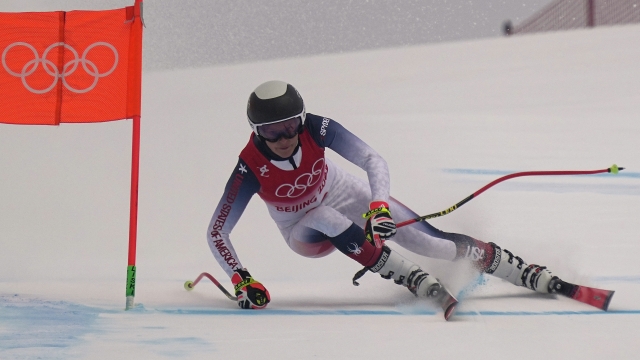 SMS
The Eye-Popping Speeds Of Winter Olympics Sports
By Meg Hilling
By Meg Hilling
February 12, 2022
According to the Olympic website, alpine skiers regularly reach speeds of up to 95 miles per hour.

"These games are really going to be interesting, I'd say survival of the fittest, to say the least," says Olympian Jazmine Fenlator-Victorian.

Which leads many of us to wonder, just how fast are they moving across all that snow and ice? Well, it varies from sport to sport and at times depends on the course, but all these answers are way faster than you or me.

Let's start with speed skating. In this sport, skaters race around an oval track for distances that range from 500 meters to 10,000 meters. The world records for the fastest 1,000 meter time for men and women respectively, reportedly had the skaters clocking in at 34.1 and 31.2 miles per hour! To put that in perspective, track star Usain Bolt has only been clocked running just over 27 miles per hour.

Kicking it up quite a few notches is alpine skiing. According to the Olympic website, alpine skiers regularly reach speeds of up to 95 miles per hour. That's roughly the speed of a fastball pitch in major league baseball! Imagine flying down a mountain that fast.

Cruising in with some of the dangerously fast times is bobsled! According to the International Bobsleigh and Skeleton Federation, athletes competing in the four-man bobsled event can reach speeds of up to 93.2 miles per hour. According to the New York Times, a Latvian 4-man team clocked in at just above 95 miles per hour in the 2010 winter games. There are even reportedly efforts underway in the sport to break the 100 mile-per-hour barrier! Outside any racetrack, that will definitely get you a speeding ticket.

So, while these athletes may be gliding across your screen with ease, just know they are traveling at speeds that aren't for the faint of heart.