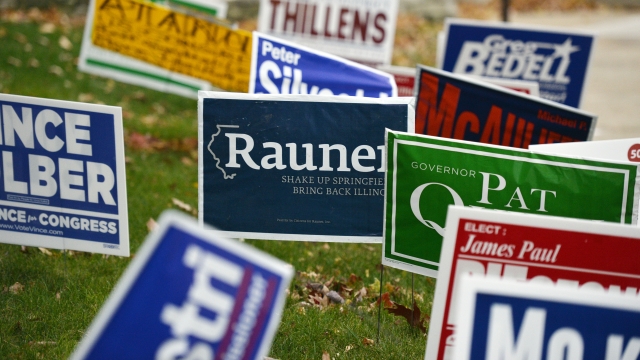 "The need for collecting large campaign funds would vanish if Congress provided an appropriation for the proper and legitimate expenses of each of the great national parties."

Nope. That's President Teddy Roosevelt in his 1907 State of the Union address. Roosevelt believed public financing would improve our system and mean no specific donor could buy influence. A century later, cash is still king. But the public isn't exactly happy about it.

In 2018, Pew Research Center looked at the broader issue of political spending. Seventy-seven percent of Americans support limits on the amount of money that can be spent on campaigns and issues. Sixty-five percent say new laws could reduce the role of money in politics. Was Roosevelt right about public financing, which has never been fully tested? Remember, this is politics, so it's debatable.

Fourteen states have some version of public financing. Each one requires candidates to 1) commit to limiting how much they spend, and 2) cap contributions from any one group or individual — like money from PACs or corporations. But here's the thing: Candidates don't have to accept public funding, so the states provide a partial test at best.

If candidates don't participate, they are free of the contribution constraints. And that obviously can be an advantage — although some limits typically exist on how much a single donor can give to the official campaign. On the presidential level, the system is similar.

Candidates can opt in or out of public financing. In fact, no major-party presidential candidate has accepted the public money since 2008. Public funding for major party nominees in the general election consists of a $20 million grant plus a cost-of-living adjustment. The grant plus the adjustment in 2008 was $84.1 million, and it would have been $96.14 million in 2016. If the nominee opts in, they can't take any private contributions while their competitors rake in hundreds of millions.

Other systems exist, globally. Many European countries provide significant public funding for campaigns. In Norway, a healthy majority of political party income is provided by the government. 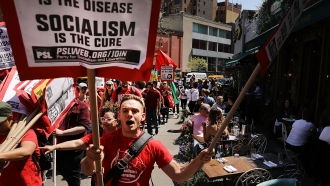 Socialism Is Trending — Here's What It Really Means

But it's hard to draw a comparison to the U.S. In many nations, TV advertising is blocked or candidates are limited to some amount of free TV time. Also, the length of campaigns is regulated and much shorter than in the U.S.

Public funding obviously diversifies a candidate's donor base, since money can be collected through a surcharge or tax checkoff a few dollars here and there, spread across the population. On the other hand, some critics say it forces people to give money to candidates who they don't support. Cue the freedom of speech challenges in America.

The U.S. has one other quirk: Corporations are considered people in campaign finance, thanks to the Supreme Court, and outside issue groups can collect unlimited amounts of money, so outside influences would not disappear altogether even if we embraced Teddy Roosevelt’s vision from 1907.