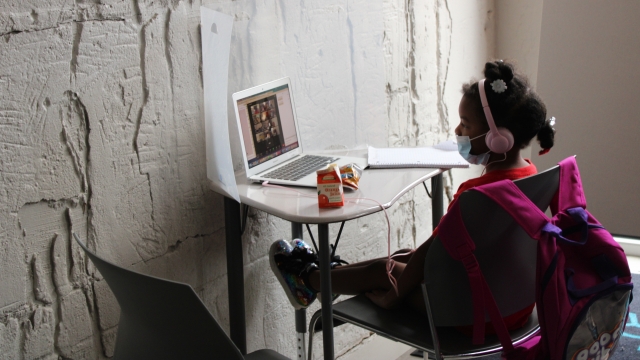 President Joe Biden has made a commitment to expand broadband internet access to Americans through his nearly $1 trillion infrastructure proposal. But for many who either have slow connections or can't get online at all, that help can't come soon enough

"This pandemic has made clear the need for affordable and available high-speed internet," the president said.

Newsy interviewed Alexandra Melnick earlier this year. Then, she was a teacher struggling to keep herself and her students connected to the internet in the rural Mississippi Delta. Now, living in the state capital, Jackson, she says similar problems still persist for some.

"Kids that don't have reliable access to the internet are being deprived of what they need to succeed," she said. "I think it would be a mischaracterization of say Jackson doesn't have high-quality internet. There's a lot of great neighborhoods that do. But I think there are also a lot of neighborhoods that do not because either there isn't the investment in the infrastructure or there are issues where the power goes down and they just don't have reliable access to it."

Melnick now does advocacy work at a nonprofit called Operation Shoestring, which hosts after-school programs for underprivileged students, even providing devices and internet access for some. But speaking in her own capacity, Melnick says leaders in Washington need to move forward with getting the $1 trillion infrastructure bill passed.

"Our kids need safe cities and safe towns. They need safe rural areas," Melnick said. "And a big part of that safety is infrastructure — whether it's the infrastructure for clean water or having your lights on consistently without losing power in poor weather like it does in the Delta or being able to reliably do your homework and having that stress taken off of yourself — knowing from kindergarten to graduating college that you are going to be able to do whatever you need to do online."

The bill would include some $65 billion to expand broadband access to millions of Americans, meaning more families and children would be able to get online.

"When we are building our system and structures with a child at the center of it, you no longer have any political affiliations," said Amber May, program coordinator at Operation Shoestring. "At that point, it is just about how do we best provide a world where we can make sure the children are growing and thriving

For now, the bipartisan infrastructure bill is tied up in the House as Democrats debate the president's $1.75 trillion social spending plan.