The Effect Of Transgender Athlete Bans On Youth Sports 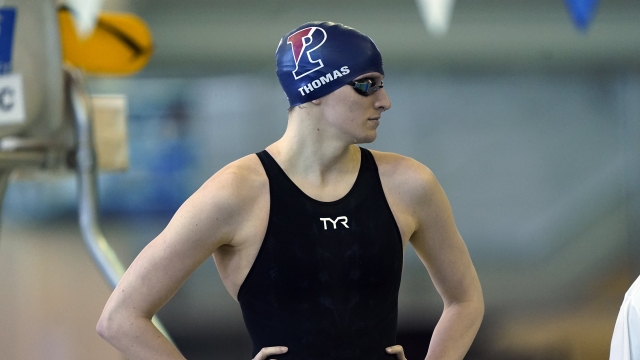 SMS
The Effect Of Transgender Athlete Bans On Youth Sports
By Newsy Staff
By Newsy Staff
July 18, 2022
The criticism of transgender women participating in and winning sports competition can have an effect on the mental health of all ages of athletes.

As much of the nation prepares to go back to school, new laws banning transgender athletes from women’s and girls’ sports teams are moving from debates at the statehouse to taking effect on the field in states like Tennessee, Indiana, South Dakota and Utah.

This is a sensitive subject, and this story includes discussions about mental illness and suicide, as well as transphobic concepts and misgendering of transgender people.

These new state-level bans fit into a broader trend that has been at just about all levels of athletics — from state legislatures to international sports governing bodies, where new laws and rules have been written to exclude transgender people from sports that line up with their gender.

So now that these laws are actually taking effect, what will the impact be for the athletes and the sports they play?

If you’re an athlete, transitioning can take a toll on your body — something that transgender athlete performance researcher and distance runner Joanna Harper saw both in her research and firsthand.

But as transgender women participate and win sports competitions, it’s gotten some people upset and claiming they have an unfair advantage.

There isn’t much evidence out there yet that quantifies how much of an advantage transgender women athletes may have, but she told us that regardless of gender at the highest levels of competition, there’s nuance and a middle ground here that can vary depending on the sport.

Many sports governing bodies or leagues have required testosterone levels to be below certain levels or requiring a certain amount of time to pass after transitioning, and transgender athletes themselves have proposed middle ground options. After Brazilian volleyball player Tifanny Abreu started to play on a women’s team after her transition, she suggested quotas limiting the number of transgender women per team.

But even though the IOC put out a call earlier this year for sports governing bodies to make transgender athlete policies with inclusion in mind, most of the recent sporting rule changes have headed more toward exclusion.

Lia Thomas, the transgender female swimmer for the University of Pennsylvania set records at the Ivy League women’s swimming competitions and won the NCAA Division I championship in the 500-yard freestyle. Swimming’s international governing body FINA issued new, stricter rules in June banning transgender women who transitioned after the age of 12 from competing, just a few months after Thomas’ success led to outcry from some swimmers and media voices. Other sports are expected to follow FINA’s lead and exclude most Transgender women.

Thomas has still faced hate and vitriol online, even as she’s now banned from swimming at NCAA or international women’s swimming competitions. But while Thomas won one major competition, she wasn’t dominating and was still trailed behind the best cisgender swimmers.

The NCAA record in the women’s 500-yard freestyle was set by multi-time Olympic gold medal winner Katie Ledecky, who swam it in 4 minutes and 24.06 seconds in 2017.

Meanwhile, Thomas' championship winning time in 2022 was more than nine seconds slower, at 4 minutes and 33.24 seconds.

It’s not just swimming where transgender athletes, especially those who win in women’s sports, face attacks.

Veronica Ivy is a competitive track cyclist and a transgender woman. She earned a PhD in philosophy and has done years of research on the ethics around transgender inclusion in sports.

She also received hateful messages after winning an age group championship in 2019, but she sees sports as her outlet.

"Facetiously, one of my favorite mugs says, 'I ride to burn off the crazy,'" Ivy said. "It is a way that I manage things like depression and anxiety and the PTSD I get from people harassing me and sending me death threats."

That contention over trans inclusion can seep down to lower levels of sports, and that can have an effect on younger athletes.

"Sports are absolutely vital for kids to feel included, to feel a sense of community, to develop critical life skills like leadership, like ability to communicate with folks who are different from you," said Anne Lieberman, director of policy and programs at Athlete Ally. "There are so many very clear benefits of sports participation for youth that are in hundreds of studies."

Lieberman is a three-time national champion muay thai fighter. They had personal childhood experience with inclusion in sports making a difference.

"Sports was one of the only places where I felt like myself, where the bullying stopped, where everything just fell away for a moment and I could be in my body," Lieberman said. "I could be connected with my peers and feel like I was just like any other kid."

That inclusion can make all the difference for transgender youth, who report higher rates of anxiety, depression and mental health issues. A 2022 study published in the Journal of Interpersonal Violence found that 86% of transgender youth surveyed reported being suicidal, and more than half, 56%, reported they previously tried committing suicide.

But even as youth sports come with lower stakes, Republican legislators see transgender athletes as a threat.

"This is fundamentally about fairness," State Rep. Ryan Dotson, (R) Kentucky, said. "It ensures that both biological females and biological males have a level playing field. We don’t want to deprive any of the females of these opportunities."

Kentucky passed legislation banning transgender girls from competing in youth sports over the Democratic governor’s veto. Since the ban took effect, at least one female athlete hasn’t been able to compete.

As of July, 18 states, including Kentucky, have passed similar bills. Republican governors in Indiana and Utah also saw legislators override them.

But in Utah, Gov. Spencer Cox issued a statement along with his veto pointing out that out of 75,000 kids playing high school sports in Utah, four are transgender, and only one transgender student played in girls’ sports.

In Kansas, Republican legislators were blocked from implementing a ban on transgender athletes. Stephanie Byers, a Democratic state representative in Kansas who is the first Native American transgender state legislator, voted and testified against the bill. She told Newsy that in Kansas, where the same commission governs both athletic and non-athletic school competitions, the only person seeking recognition as a transgender girl, wasn’t even looking to compete in a sport.

"So in the state of Kansas, it's estimated there are 37,000 girls in athletics and the high school level here in the state," Byers said. "The number of people that had applied to the Kansas State High School Activities Association for a variance on gender — this year we're seven, six for trans guys. One was a trans girl, and that one trans girl that applied for the variance. I know it wasn't because of athletics, it was because of other activities that are sponsored by the Kent State as collective association."

This all fits into a broader context. Transgender people aren’t just being targeted by laws about sports. 27 states considered laws limiting transgender people’s access to healthcare in 2020 and 2021, including Arkansas and Alabama, which enacted their bans into law.

In Texas, Gov. Greg Abbott directed the state to investigate parents who help their transgender children get health care as potential child abusers.

In Florida, the Parents Rights in Education bill often labeled the “Don’t Say Gay” bill by critics, took effect this July and leads to school districts facing the risk of lawsuits if transgender identities are discussed in the classroom before fourth grade.

Transgender athletes and advocates say laws like this or athlete bans can dehumanize transgender people and that so many of these laws or efforts to debate transgender inclusion can be addressed by remembering the human effects.

"To take that away from fragile children is so unbelievably cruel, in my view," Ivy said. "I do believe that these people passing these laws, the cruelty is the point. They don't care about protecting women's sport; they just want to be cruel to trans kids."

These laws can affect transgender people off the field too.

"Even that kid has no want whatsoever to ever be in athletics," Byers said. "They still feel these things because it's still attacking somebody like them, so that trans girl that nobody knows about, who's not even had the courage to sit down and talk with their parents or they live in a household, that that there's no support going to be there no matter what. They're the ones that feel this to."