How Much Does A Government Shutdown Actually Cost? 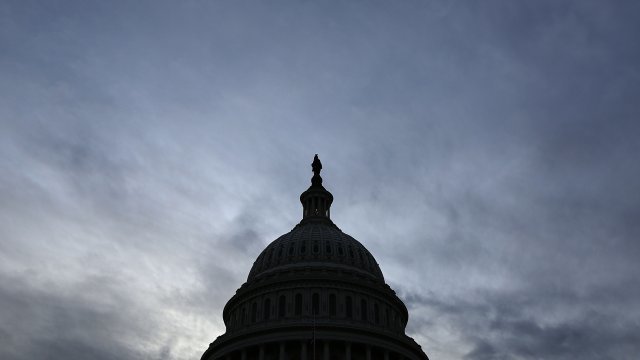 President Donald Trump tweeted Tuesday that a government shutdown is a "very small price to pay" for border security.

But government shutdowns have real economic consequences. So let's take a look at past significant shutdowns to put some numbers on it.

In 1995, there were two shutdowns near the end of the calendar year that lasted 26 days in all. The Office of Management and Budget estimated those gaps cost the government $1.4 billion. Adjusted for inflation, that would be $2.28 billion today.

During those shutdowns, for example, hundreds of national park sites were closed, resulting in an estimated loss of 7 million visitors. National museums were also closed, preventing an estimated 2 million visits. Passport applications and veterans benefits were backlogged, and many federal grants or payments were delayed.

The most recent significant shutdown was in 2013, and it lasted for the first 16 days of October.

A government report says that shutdown led to over $500 million in lost visitor spending at national parks. The government couldn't process hundreds of housing and small business loan applications. And the start of the Alaskan crab fishing season was delayed, costing fisherman thousands in revenue.

For the 2013 shutdown, Standard and Poor's estimated the cost to the economy, not just the government, was $24 billion.

Earlier this year, S&P Global experts estimated a government shutdown could cost the nation's economy about $6.5 billion a week.