The Duke And Duchess Of Sussex Welcome Their First Child 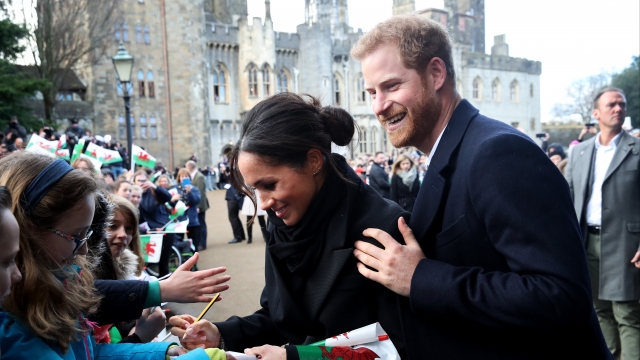 SMS
The Duke And Duchess Of Sussex Welcome Their First Child
By Katherine Biek
By Katherine Biek
May 6, 2019
Prince Harry told reporters that he and Meghan still have not settled on a name for their son.
SHOW TRANSCRIPT

The Duchess of Sussex gave birth to a boy Monday morning.

Buckingham Palace announced the news, reporting that both mom and baby are doing well. Meghan's husband, Prince Harry, told reporters that they still have not settled on a name for their child.

"It was amazing, absolutely incredible, and as I said, I'm so incredibly proud of my wife. As every father and parent wound say, your baby is absolutely amazing. But this little thing is absolutely to die for, so I'm just over the moon," Harry said.

Harry and Meghan's son is seventh in line to the British throne. But unlike the Duke and Duchess of Cambridge's children — Prince George, Princess Charlotte and Prince Louis — the baby does not automatically have the title of prince. In order for that to happen, Queen Elizabeth II would need to issue a special decree.

Harry and Meghan announced they were expecting their first child almost five months after they tied the knot in a ceremony at Windsor Castle in 2018.

While the details of the births of Prince William and his wife Kate's three children were made very public, Harry and Meghan elected to keep things private. If she gave birth at a hospital, they did not release the name of it and they also chose not to immediately pose for photos with their newborn.

Harry said he expects he and Meghan will introduce their child to the world later this week.