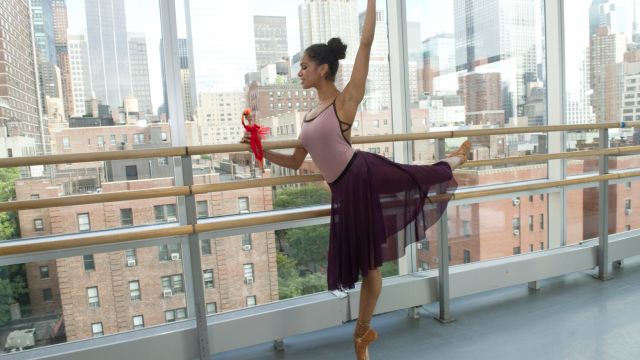 "The Firebird" was Misty Copeland's first lead role at the American Ballet Theatre — and she performed it with a devastating tibia injury.

Barbie and Mattel have noticeably changed the look of their dolls over the past year.

The latest figure in that effort is perhaps the most famous ballet dancer in the world right now: Misty Copeland.

"I was a very shy girl, so I felt this instant connection with Barbie. She was a way for me to dream," Copeland says in a Barbie commercial.

But the costume selection is important for a few reasons.

"Black dreaded-line fracture, it sounds like death to me. It was scary," Copeland told PBS.

Along with being Copeland's first lead role at ABT, it was also the show she performed with a devastating tibia injury. Copeland performed "The Firebird" with six stress fractures in her tibia, three of which were almost full breaks through the bone.

Copeland was forced to sit out seven months in 2012 and 2013 before she could return to the stage, but return she did, and she's been rising to superstardom ever since.

"Firebird" is also the title of her debut children's book that encourages young girls to have confidence in themselves.

Copeland is set to reprise the Firebird role this month for the first time in four years for the American Ballet Theatre at the Metropolitan Opera House.

This video includes clips from Under Armour and PBS and images from Barbie.