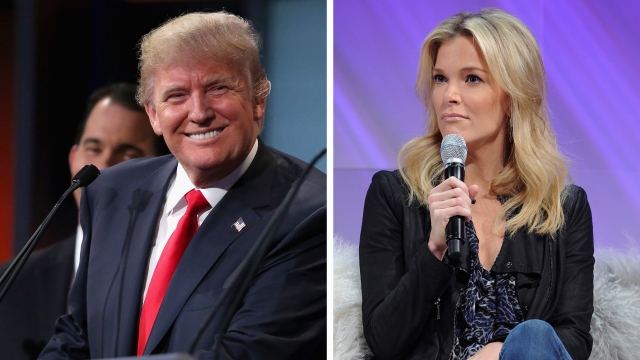 The ongoing feud between Megyn Kelly and Donald Trump is well-established. The two have been squaring off since the first GOP debate back in August.

“You once told a contestant on 'Celebrity Apprentice' it would be a pretty picture to see her on her knees. Does that sound to you like the temperament of a man we should elect as president?” Kelly asked during the first Fox News debate.

“I just don’t respect her as a journalist. I have no respect for her. I don’t think she’s very good. I think she’s highly overrated,” Trump told CNN.

So should we expect more of the same when Kelly moderates another debate? Maybe not. Back in the first debate, Trump was a political newcomer trying to make the case that he would be a viable option to be the GOP nominee.

Now he’s running away with the race. So he won’t have to work quite as hard to lure supporters.

And as the front-runner, he’ll likely have to spend much of the debate fending off attacks from other candidates, leaving him little time to go after the moderator.

Trump is so far ahead of his GOP rivals, he may even start moving himself more toward the center in preparation for the general election in November.

Callum Borchers wrote in The Washington Post: “Trump has been trying to show that he's a 'unifier.' … There's no better way for Trump to show how diplomatic he can be than by treating Kelly with civility on Thursday night. So he probably will.”

So if you’re tuning in to the debate and expecting fireworks between Trump and Kelly, Thursday night could end up as a dud.

This video includes clips from Fox News and CNN and images from Getty Images.