Trump Gets Praise For The Carrier Deal, But Hoosiers Will Pay For It 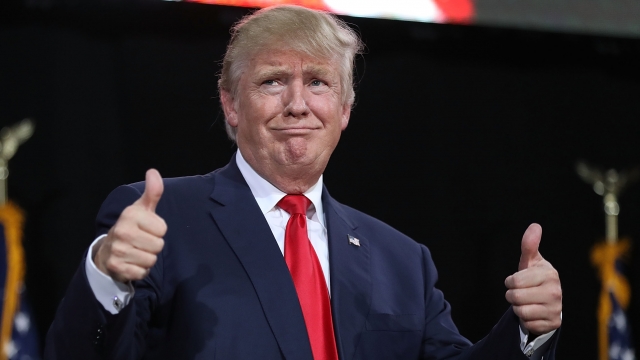 SMS
Trump Gets Praise For The Carrier Deal, But Hoosiers Will Pay For It
By Eugene Daniels
By Eugene Daniels
November 30, 2016
Carrier's parent company is reportedly going to get about $700,000 a year in tax breaks to stay put.
SHOW TRANSCRIPT

There's been a lot of coverage of President-elect Donald Trump making good on a campaign promise to keep the company Carrier from shipping jobs to Mexico. But there's one catch — it's not really a magic deal.

Carrier's parent company is reportedly going to get about $700,000 a year in tax breaks to stay put. And that's likely going to be paid for by the people of Indiana.

And not all the jobs are staying put. According to Fortune, 1,300 jobs are still going to Mexico, but at least 1,000 will stay in Indiana.

We don't know all the details of the deal, but so far, Trump's been able to spin it as his first big check mark on his presidential to-do list.

SEE MORE: The US Office Of Government Ethics Is Really (Really) Happy With Trump

And let's not forget: Vice President-elect Mike Pence is still the governor of Indiana, so Trump had a unique opportunity that probably isn't going to be available elsewhere.

And working with large businesses in his state is something in Pence's purview, not something a president-elect would usually handle. But PR is important. And this Carrier situation proves once again Trump's really good at it.