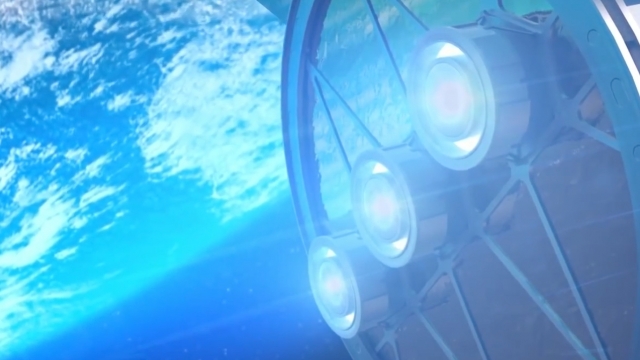 SMS
The Deep-Space Engines That Could One Day Take Us Past Mars
By Evan Thomas
By Evan Thomas
May 3, 2016
If humans are ever going to explore deep space, the propulsion chemical rockets we currently use won't cut it.
SHOW TRANSCRIPT

This is space travel as we know it, but chemical rockets aren't going to cut it for long-haul missions to Mars or beyond. To really get away from Earth, astronauts will need something faster, lighter and longer-lasting.

One option is ion thrusters. These are great for long-duration flights. They use 10 times less fuel than chemical rockets to go the same distance, but they don't provide nearly as much thrust — so the trip takes longer.

With current ion drives, it would take more than a year to get a six-person crew from Earth to Mars.

Solar sails could be much faster. They catch the constant stream of high-energy particles coming from the sun, like an interplanetary breeze. The closer the sail starts to the star, the faster it can go.

With a big enough sail, an unmanned ship could get to the edge of the solar system within two years. But NASA doesn't have plans for manned missions yet.

Fusion engines could be light and long-lasting options for deep-space missions, but we're still trying to figure out how to control fusion reactions in giant labs on the ground. It's nowhere near ready to fly.

If we do harness fusion one day, NASA expects it would be enough to get six-person crews to Jupiter in less than a year or robots to interstellar space.

Of all these technologies, ion thrusters are the most developed. NASA is looking into them to support missions to Mars by sending cargo along before a human crew arrives.