'The Day Ahead' Looks At LGBTQ Domestic Violence 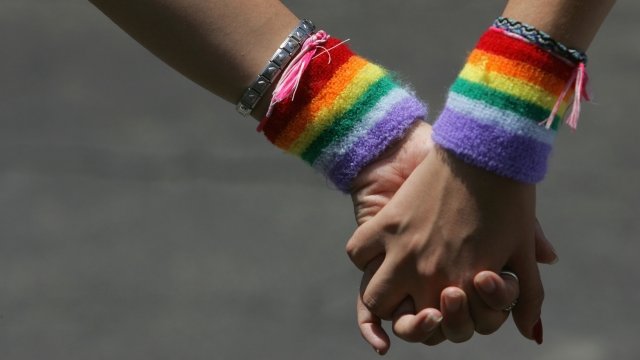 An in-depth look by Newsy's morning show on how the complicated issue of domestic violence can be even more difficult in the LGBTQ community.

In this segment for Newsy's daily morning show, "The Day Ahead" explores domestic violence rates in the LGBTQ community.

Domestic violence rates are not only alarmingly high in the LGBTQ community, but the issue is studied less than among other groups. Domestic violence survivors are often already reluctant to report crimes, but LGBTQ survivors can experience the "double closet" phenomenon — not wanting to have their sexual orientation outed by reporting an incident to authorities.

Ashley Holt is a host and producer for Newsy's live morning show "Morning Rush." Before joining the Newsy team, she was a television reporter in Tulsa, Oklahoma; and Columbia, Missouri. She got her bachelor of journalism from the University of Missouri. Her dream interviews that would probably flip her world upside down are Beyonce and Oprah. @Ashley_A_Holt