The Dalai Lama Says There Are 'Too Many Refugees In Europe' 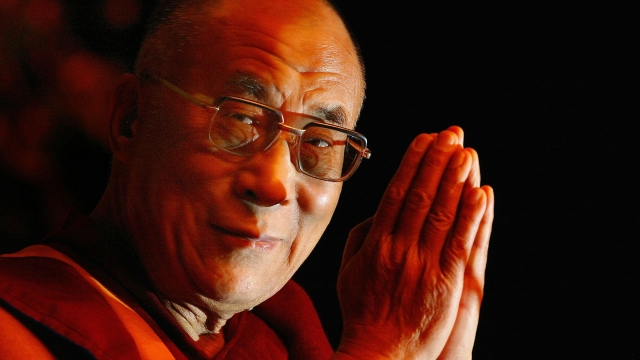 SMS
The Dalai Lama Says There Are 'Too Many Refugees In Europe'
By Ryan Biek
By Ryan Biek
June 1, 2016
He told German media Europe "can be no Arab country."
SHOW TRANSCRIPT

According to the Dalai Lama, there are "too many refugees in Europe."

While speaking to German media, the leader of the Buddhist faith said, "Europe, and for example, Germany, can be no Arab country. Germany is Germany. There are so many that it becomes difficult."

His message has a slightly different focus than Pope Francis' latest comments. On Sunday, the pope pushed for rescuing refugees, saying they "are not dangerous, but in danger."

But the Dalai Lama wasn't necessarily saying European countries shouldn't take in refugees, just that "the goal should be to return and help rebuild their own countries."

Over a million refugees fled to European Union countries last year. Germany alone got almost half a million applications for asylum.

Not every country has the resources to handle the surge. Already plagued by high unemployment and debt, Greece has served as the main entry point for refugees coming to Europe.

Getting refugees to return to their home countries could be difficult, though. Polls of war-torn nations, like Syria, have shown a huge number of residents want to move to a different country permanently.

Even if refugees want to go back, they can't be sent home — it's against international law to deport people to war zones.

Keep in mind, the Dalai Lama is a refugee, too. He fled China in 1959 and, at the time, it wasn't certain that India would give him asylum.