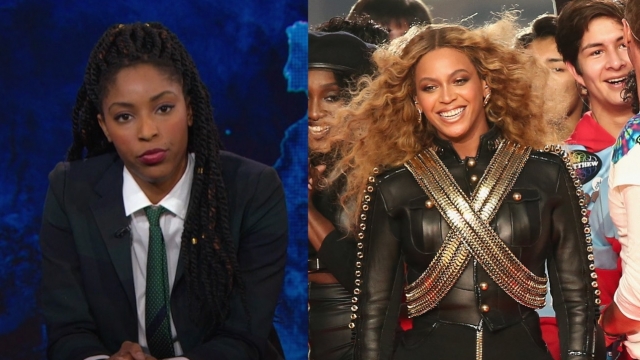 If you missed the Super Bowl halftime show, you missed one of Beyoncé's clearest racial political messages.

"I like my baby hair with baby hair and Afros. I like my negro nose with Jackson 5 nostrils," Beyoncé raps on the new song.

And its video gives explicit nods to police brutality in America and the Black Lives Matter movement.

And if you guessed her performance would mirror that, you'd be right.

And as soon as she, Coldplay and Bruno Mars walked off stage, the critiques started.

"Is there really anything in America which can exclude race?" Fox Business anchor Stuart Varney said.

And Jessica Williams from "The Daily Show" took issue with the critics on Monday night's show.

A more pointed observation Williams made was for former New York City Mayor Rudy Giuliani who said: "You're talking to middle America when you have the Super Bowl. So if you can have entertainment, let's have decent wholesome entertainment."

"You know what's in the middle of America? Ferguson, Missouri," Williams said.