The Dad Jokes Are Strong With Tim Kaine 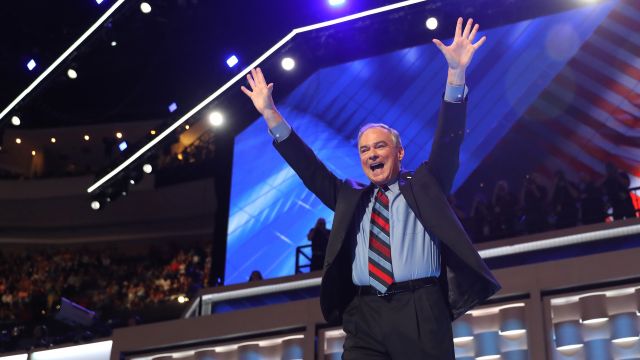 SMS
The Dad Jokes Are Strong With Tim Kaine
By Jake Godin
By Jake Godin
July 27, 2016
Tim Kaine sounded like a regular ol' soccer dad during his speech at the Democratic National Convention.
SHOW TRANSCRIPT

"We all should feel the Bern. And we should all not want to get burned by the other guy," Tim Kaine said during the Democratic National Convention.

Tim Kaine was strong with the dad jokes at the Democratic National Convention.

And Twitter was 99 percent jokes about him being a dad.

This video include clips from C-SPAN. Music courtesy of APM Music.