The Czech Republic Wants A Nickname Like Other European Countries 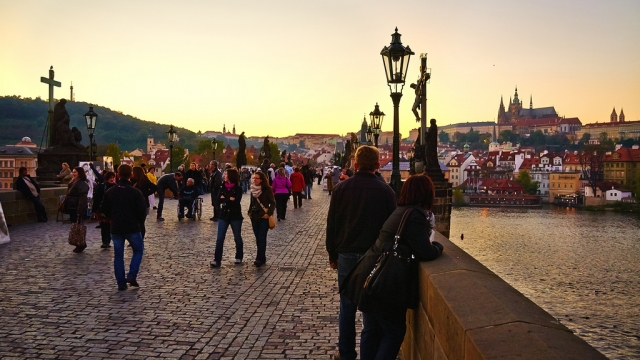 Some lawmakers in the Czech Republic think the country's name is too long, so they're suggesting shortening it to Czechia.

At least, informally. The country's full name will stay the Czech Republic, but Czechia is an easier word to put on exports, products and sports teams. Some of those brands are currently using the word  "Czech," which isn't grammatically correct.

The country's foreign minister argued, "in Europe, every country or almost every country, has a shortened geographical title."

Germany, Italy and Poland — among others — all use shortened names because few people say the full name, like the Republic of Poland.

In order for the change to be finalized, it'll have to get through Parliament and then go to the United Nations for approval — a process that could take months.

This is the first time the country is considering changing its name since Czechoslovakia split up in the early '90s.

And while the Czech Republic's president and several other key decision-makers have backed the idea, not everyone is on board.

The Czech Republic's centrist party leader told Czech radio he doesn't like the idea because some people are already confused if the country is called the Czech Republic or Czechoslovakia.

The country's regional development minister also says Czechia is too close to the Russian republic Chechnya and will create more confusion.

This video includes clips from Institute of International Relations Prague, Jan Hamáček and ANO and images from Getty Images.