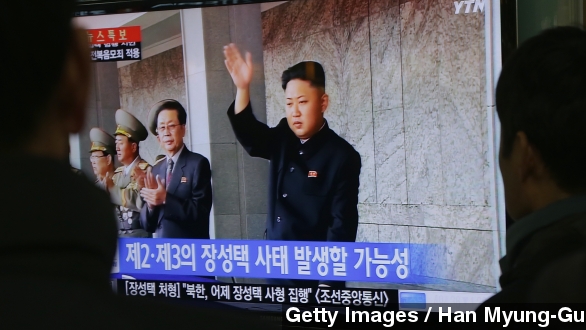 The cult of Kim just got a little weirder.

According to multiple South Korean media reports, officials in the North have banned parents from giving their babies the same name as the country’s leader. And if you already have that name, find a new one. (Video via KCTV)

Although we’re just hearing about it now, the decree was reportedly issued shortly before Kim Jong-un was named his father’s successor in 2011. (Video via ODN)

This isn't surprising. The names of Kim’s father and grandfather, Kim Jong-il and Kim Il-sung, were already off limits.

This is but one example of the bizarre personality cult that surrounds the third generation dictator and his family, which has ruled North Korea for 60-plus years.

Bordering on god-like worship, the required devotion to the Kim family easily exceeds the personality cults established by other infamous dictators, like Joseph Stalin or Mao Zedong.

The hysteria on display at Kim Jong-il’s funeral made that pretty clear. (Video via RT)

With total control of the state media, it isn’t hard for North Korea’s spin doctors to exaggerate the personal achievements of their leaders.

Take the official biographies of Kim Jong-il. They claim the night he was born a star lit up the night sky and a double rainbow appeared in the heavens. Later in life, he invented the hamburger and made 11 holes-in-one the first time he picked up a golf club.

The mythology was then passed to a new generation. North Korean students are reportedly required to complete a three-year course on the history of their current leader. (Video via Euronews)