How Did The U.S.'s Most Influential Judicial Body Come To Be? 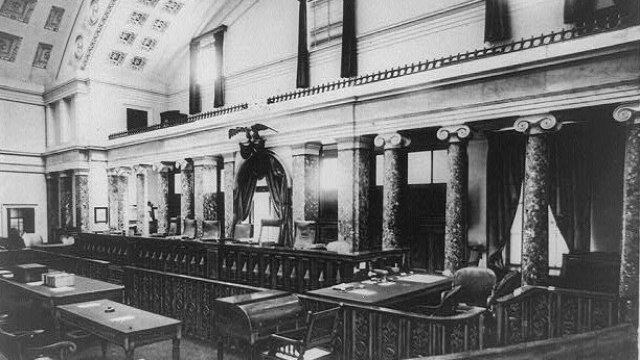 SMS
How Did The U.S.'s Most Influential Judicial Body Come To Be?
By Katie Cammarata
By Katie Cammarata
September 18, 2019
A 1789 law established the Supreme Court, and while it's been amended, the basic outline of the federal court system has largely survived.
SHOW TRANSCRIPT

The U.S. Supreme Court is, without a doubt, the country's most important and influential judicial body.

It's had a say in countless landmark cases, making decisions that have helped shape the country for over 200 years. It all started on Sept. 24, 1789. President George Washington signed the Judiciary Act of 1789 into law. It established a Supreme Court, created the structure and jurisdiction of the federal court system, and set up the position of attorney general of the United States. Of course, the legislation has been amended over the many, many years, but the basic outline of the federal court system has largely survived.

The highest court in the land was created as a tribunal of six justices, who were to serve the country until they retired or died. Article 3 of the U.S. Constitution gave the U.S. Supreme Court jurisdiction over all U.S. laws, especially in cases that involve laws' constitutionality.

The first-ever session of the Supreme Court was held in New York City's Merchants Exchange Building in early 1790. New York was the nation's capital at the time. And the court handed down its first opinion in the later half of 1791.

As specified in the Constitution, Congress chooses how many justices serve on the court. It fluctuated over the years, changing five times until settling on the current total of nine justices in 1869. The Supreme Court operates in what's called "The Term of Court" — which starts on the first Monday in October and lasts until the first Monday in October the following year.

In recent years, 7,000-8,000 new cases are filed each term. The justices grant about 80 of them a full, or plenary, review, with oral arguments by attorneys.

The ultimate responsibility of the Supreme Court is written above the building's main entrance in Washington, D.C.: "Equal justice under law."