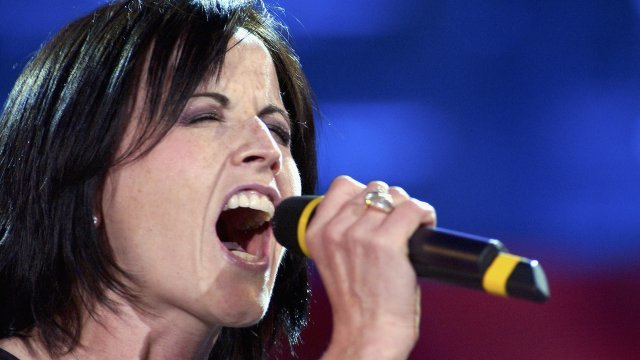 London police say she died in an "unexplained" fashion and that they're investigating.

Dolores O’Riordan, the lead singer of The Cranberries, is dead at 46. No cause of death has been announced.

London police are investigating the singer's death after she died "suddenly" in an "unexplained" fashion in her hotel room.

O'Riordan became known for her distinctive mezzo-soprano voice. Singer Hozier tweeted Monday it was "unforgettable" and "threw into question what a voice could sound like in that context of Rock."

The Cranberries canceled a European tour in 2017 because O'Riordan was experiencing back problems. She is survived by her three children.