The Complex Costs Of Hurricane Recovery 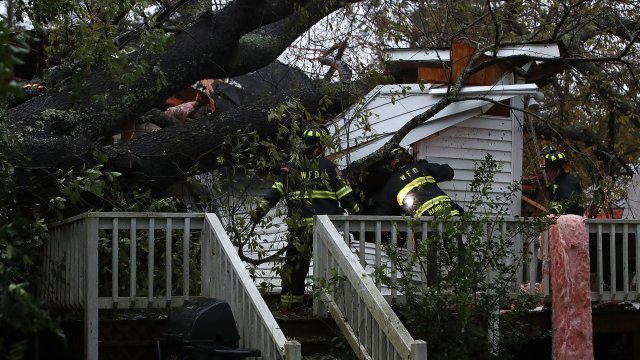 By Alexandra Miller
October 10, 2018
When the storm clears, residents along the southeast coast will be left with an expensive cleanup. The money will likely roll in from many sources.
SHOW TRANSCRIPT

For the next few days, we're going to see horrible wind, rain and flooding across the Southeast. When the waters recede, people will be left to put their damaged communities back together. But it's going to be expensive. So who picks up the tab? Likely, it's going to be more than one person. Here's how it breaks down.

First, people will look at their own private insurance and what they'll cover. If they have flooding, they'll likely look to the federally funded National Flood Insurance Program. If the issues can't be solved by the first two places, the Federal Emergency Management Agency, or FEMA, will step in. But the reality is, with all of those groups, plus state and local governments, figuring out who pays for what isn't easy.

"What happens if your house is messed up by the storm and the flooding? It can get complicated, and that's why oftentimes you see these payments are coming out for years after these storms. It's not a one-and-done thing," says David Inserra of the Heritage Foundation.

As far as federal dollars go, it all comes down to a nearly 30-year-old law called the Stafford Act. If the president makes a disaster declaration, FEMA is responsible for 75 percent of the cleanup efforts. That makes the declaration more than just a public warning statement.

"It makes a huge difference," Inserra explains. "From our perspective, it sets a perverse incentive. If a state wants this money, they have to be unprepared. If they're prepared for a small disaster, if they're well-prepared, then the disaster declaration doesn't come."

The state has to show the government the storm will be beyond the capabilities of the state to handle. FEMA Administrator Brock Long spoke about preparation for cleanup earlier in the week from the Oval Office and told reporters, "A good cleanup is locally executed, state managed, federally supported."

Inserra adds: "He wants it to be conditions on the ground, states overseeing the process, and the feds are the furthest from this, mostly engaging with money. They want to move this down to the lower levels so they can focus on the next disaster."

Federal monies will inevitably come to help people with this storm cleanup and the next one — but officials say in order for that money to be spent correctly, the local and state governments will need to take the reins. 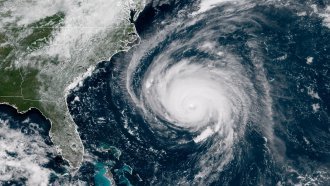