This Clothing Swap Helps Transgender People Fit Into Their Identity 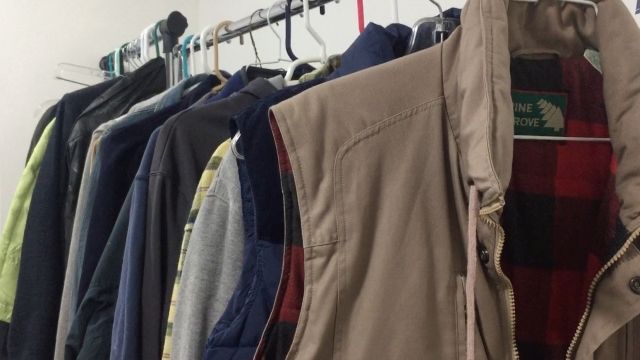 SMS
This Clothing Swap Helps Transgender People Fit Into Their Identity
By Sadé Carpenter
By Sadé Carpenter
January 27, 2017
The Clothing Closet is a resource for people who belong to the LGBTQ communities of mid-Missouri and beyond.
SHOW TRANSCRIPT

Thanks to resources like The Clothing Closet, transgender people can find gender-affirming clothes without breaking the bank.

"It was the first thing that was like, 'OK, I can show my gender through my clothing,'" Cole Young said.

Young, a senior at the University of Missouri, is the founder and program director of The Clothing Closet. It's a program through The Center Project, a nonprofit organization for the LGBTQ community of mid-Missouri.

"I just sort of knew from my own experience of transitioning how difficult it is to find clothing. … I couldn't find stuff in my size, and it was really expensive, and that was a pretty common narrative," Young said.

"Most of my clothing is like [from] guys who have grown out of their stuff ... so we were already swapping clothing anyway," Young said.

According to a 2015 report from the National Center for Transgender Equality, 52 percent of those surveyed in grades K-12 who were out as or believed they were seen as transgender said they weren't allowed to dress in a way that fit their gender identity or expression.

"A lot of people that I know are students who don't have supportive parents, and obviously they're paying for school and they're working jobs, so they can't afford clothes. ...  So it's been great for them to even get something new that fits, that they feel good. I see them walking around in the clothes all the time," Young said.

Here's how it works: People in need bring clothes they no longer wear and trade them for clothes others donated. Even though the goal is to swap, Young says people aren't turned away if they can't donate.

The Clothing Closet also offers bra- and binder-sizing appointments and alterations for dresses and pants.

"Your body may not always line up with the stereotypical perfect body," Young said. "But that's why I like clothing because it can really change how you see your body and how you see yourself in it."