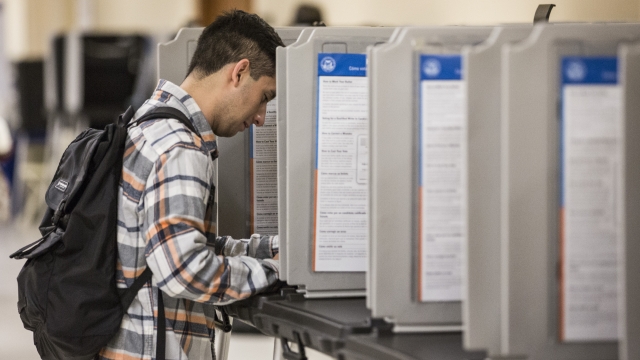 The 2020 primary election season is in full swing, but where you live impacts how you participate in nominating a presidential candidate.

The 2020 primary election season is in full swing, but where you live impacts how you participate.

The nomination process for presidential elections is left up to states and local party leaders, making the nationwide contest very complicated.

In 2020, four states are holding caucuses. Iowa was first with both Democrats and Republicans caucusing on the same day. But that's not the case everywhere: In Nevada, North Dakota and Wyoming, only the Democrats will caucus this year.

Every other state is holding a primary election, but the rules on who can vote vary.

Open primaries allow anyone to vote, regardless of party affiliation. But people can only vote on the Democratic or Republican ballot, not both. Texas is the biggest state with an open primary.

Closed primaries require voters to be registered with a political party. In closed-primary states, like New York and Florida, voters registered as independents or not registered with any party are effectively excluded from the primary election.

Then there are states that fall in between. California uses what it calls a modified closed primary. Voters without a declared party preference can vote in the primary if the political party says that's OK. In Kansas, unaffiliated voters can participate in the Democratic or Republican primaries, but they have to register with that party on Election Day.

The results of all the state primaries and caucuses ultimately culminate at the national conventions, where Democrats and Republicans officially select their nominee for president.