The Catholic Church's Boys Club Could Open Its Doors To Women 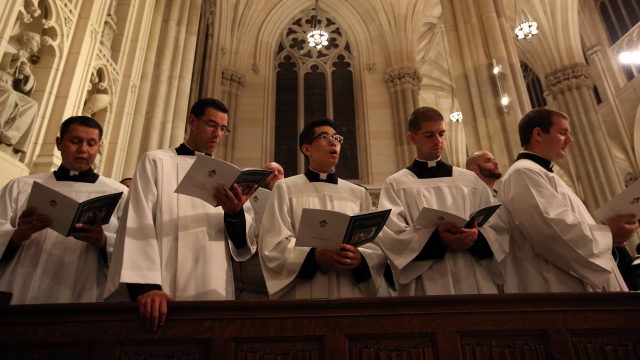 The newest advocate for women empowerment just might be the Catholic Church.

Pope Francis said he will organize a commission to study the possibility of women becoming deacons in the church.

Currently, only men can become ordained ministers, like deacons, priests or bishops, but supporters of women filling these roles argue there were women leaders in the early church.

Francis has already allowed more female participation in the church — such as when he allowed women to take part in a foot-washing ritual that celebrates Holy Thursday.

The pope's decision to encourage this study reaffirms his more open views on current issues compared to previous popes.

But that doesn't mean female priests don't still preach to Catholics. Roman Catholic Womenpriests — a group the Catholic Church doesn't recognize — has ordained more than 100 women into the role. All of those women have been automatically excommunicated from the church.

This video includes clips from the Vatican, NJ.com, WJLA, Catholic Diocese of Lincoln and images from Getty Images, the White House, The Synaxis of the holy and the most praiseworthy Twelve Apostles, Saint Brigid of Ireland and Peter Carapetian.