The Cast Of 'High School Musical': Where Are They Now? 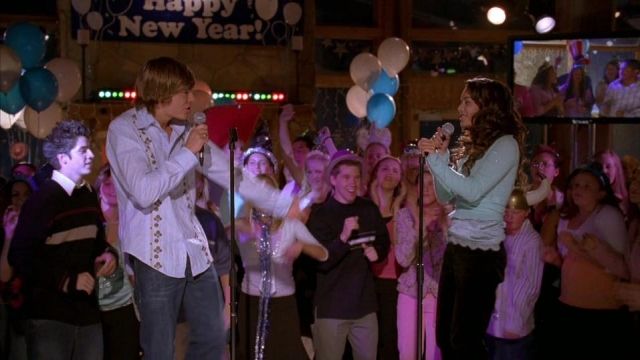 Ten years ago, the Steelers beat the Seahawks in the Super Bowl, the 20th Winter Olympics took place in Italy, and a TV movie premiered on the Disney Channel with a little-known cast. (Video via Disney Channel)

"We're all in this together! Once we know that we are, we're all stars and we see that," the cast of "High School Musical" sang.

"High School Musical" was the first time we met Zac Efron and Vanessa Hudgens — and our love for their chemistry led to two more installments in the franchise.

And thanks to Disney, the cast reunited for a special that aired Wednesday night. But Zac wasn't there, because he's apparently too busy promoting his new film, "Dirty Grandpa."

"Just make sure you cut the crust off on all four sides," Robert DeNiro said in a "Funny or Die" sketch.

"Is that because he was in Iraq?" Efron replied.

"I don't know what the f*** you're talking about, just cut the crust," DeNiro said.

So what have the "HSM" stars been up to? Efron has clearly been the most successful former  cast member, landing lead roles in hit films like "Neighbors," "17 Again" and "Hairspray."

Hudgens capitalized on her singing abilities to land roles in film and in Broadway's "Gigi." She also had a role in 2012's "Spring Breakers" and will star as Rizzo in Fox's upcoming "Grease: Live."

Ashley Tisdale continued voicing Candace from "Phineas and Ferb" until the show ended in 2015. She then starred in the freshman season of TBS' "Clipped," which was canceled last fall.

And we can't forget about the three other co-stars who left their Wildcats gear in the Disney vault in 2010.

Monique Coleman also appeared on "Dancing With the Stars." She's had a few guest roles on TV shows, but the married 35-year-old has focused her attention on creating Gimme Mo', an online platform dedicated to providing teens with a safe, positive environment to discuss issues affecting them.

She is also a Youth Champion for the United Nations.