The Busiest US Airport Also Has The Best Cell Service 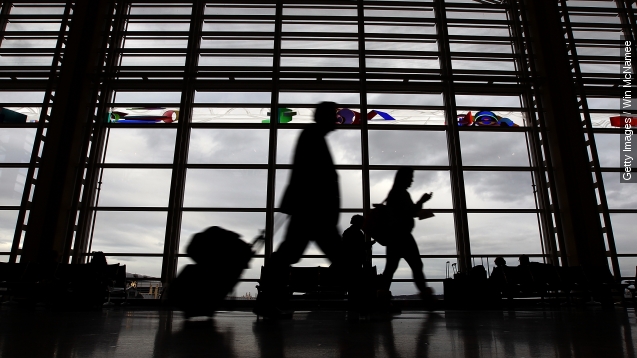 SMS
The Busiest US Airport Also Has The Best Cell Service
By Leah Becerra
By Leah Becerra
July 23, 2015
RootMetrics ranked the 50 busiest U.S. airports by their quality of cell service.
SHOW TRANSCRIPT

You know the feeling: You're waiting for your flight to begin boarding. You can't get on Wi-Fi — for whatever reason. And even though your cell says you have three bars, the Internet on your phone is crawling.

RootMetrics feels your pain. Which is why the cell industry research group put together a list, using data from the 50 busiest airports, answering the question: Which airport has the best cell service?

AT&T provides Atlanta International fliers with the best service inside the busy airport, with Verizon and T-Mobile following very closely behind. Sprint, the only other provider given consideration on the list, came in fourth.

And this is the way RootMetrics measures each airport: by calculating a confidence interval for all four providers. The providers' weighted composite then determines an airport's overall rank.

Flying into the No. 2 spot is Cleveland Hopkins International. T-Mobile offers Cleveland travelers the best coverage, with the other three providers also scoring a confidence interval greater than 96. (Video via WJW-TV)

So, which of the busiest airports has the worst cell coverage? That one can be found in Tennessee.