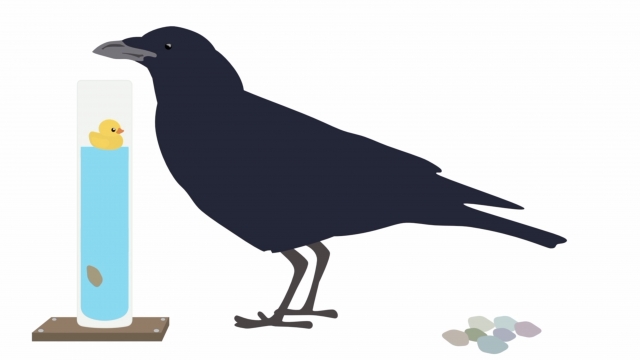 When somebody calls you a bird brain, thank them for the compliment. If we flexed as much mental muscle in our grande-sized brains as birds do in their walnut-sized noggins, we'd be teaching Einstein a thing or two about physics. Think about what birds can do using their tiny heads.

Here's an example: Researchers floated a toy on water inside a tall glass that was too narrow for a bird’s beak or a child's hand. Children younger than eight were stumped; crows weren't. They simply dropped enough pebbles into the glass to displace the water and force the toy to rise to the top. They could then grab it with their beak.

Smart? The word brilliant might be more appropriate. Birds also craft tools, store food, plan for the future and understand cause and effect. Parrots and corvids, which includes ravens, crows and magpies, are especially adept at these tasks (and others). Magpies can recognize themselves in the mirror — a level of self-awareness that was once thought to be reserved for great apes, dolphins and elephants.

So how do they do it? Neurons. Lots of them. More per square inch than mammal brains, according to a Vanderbilt study. A lot of those neurons are packed into birds' pallium, which corresponds to our cerebral cortex. It's where complex cognition takes place.

Birds also have highly efficient connectivity between regions of the brain because of something called the medial spiriform nuclei. We don't have one of those. A neuroscientist, Suzana Herculano-Houzel, who led the Vanderbilt research summed it up this way: "In designing brains, nature has two parameters it can play with: the size and number of neurons and the distribution of neurons across different brain centers. And in birds we find that nature has used both of them."

It might be that birds' brains evolved this way out of necessity. Quite simply, they need to be light so that they can fly. A heavy brain could be a problem. Considering their processing power: one more thing to chew on. You know how birds cock their heads and look at you like they know something you don't?  Maybe they do. Maybe they know you used to be offended by the term "bird brain." Now we know better.