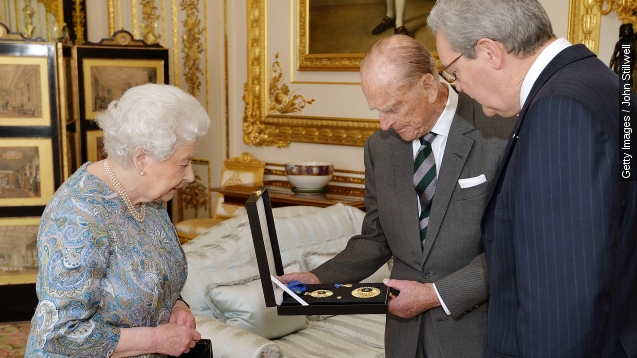 When you picture an Australian knight, you might picture a rugby player riding a kangaroo and wielding a platypus. Or is that just me?

Anyway, the reality is only slightly less bizarre.

Although Australia started giving out knighthoods — and damehoods — in 1976, it stopped in 1986. (Video via ABC Australia)

But not before one could be awarded to Prince Philip, Queen Elizabeth's husband.

That decision was fairly unpopular, to say the least.

"You've got the Australian government coming out, giving a knighthood to Prince Philip, which blows one side of the argument completely out of the picture. ... It's Australia day — we're not a bunch of tossers. Let's get it right," Chief Minister of the Northern Territory Adam Giles told ABC Australia.

That anger was both because it came out of left field and because the monarchy is a pretty polarizing subject in Australia.

On a visit to the country in 2002, Philip asked an indigenous businessman if his people still threw spears at each other. (Video via Ten Eyewitness News)

With new Prime Minister Malcolm Turnbull's decision to again scrap the title, Australian's will have to settle for just the plain old Order of Australia, which, up until last year, was enough. (Video via Sky News Australia)

This video includes images from Getty Images, Alan Couch / CC BY 2.0 and the Australian Department of Defense.